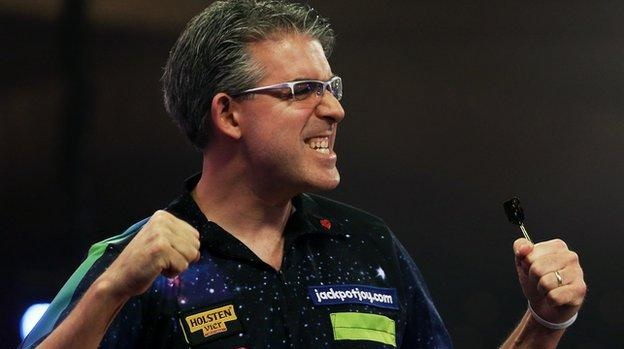 This year’s Lakeside runner-up, Jeff Smith, talks us through his darts memories

Winning the New Brunswick Provincial Youth title in 1990 at the first attempt at the age of 14.

It was a team called New Brunswick Youth.

My first TV appearance was in 1996 on TSN in the Canada National Championships semi finals.

My first nine darter was at a pub in a bowling alley. I was there to watch my mother bowl, but the pub had a board so I started practicing. A stranger asked if I’d play a game or two, so I hit the nine darter and turned around and he was walking away saying ‘you’re too good for me.’ He had no idea what a nine darter meant (laughs).

My first win was the Saint John Port City Open in 2003. It was a NDFC ranked event which was held during our National Championships and that win started a long winning streak in the NDFC events for me! Since then I’ve won the Canada National Championships, Halifax Open, Port City Open, Witch City Open and the Las Vegas Open. To win the Las Vegas Open last year I beat Darin Young in the final.