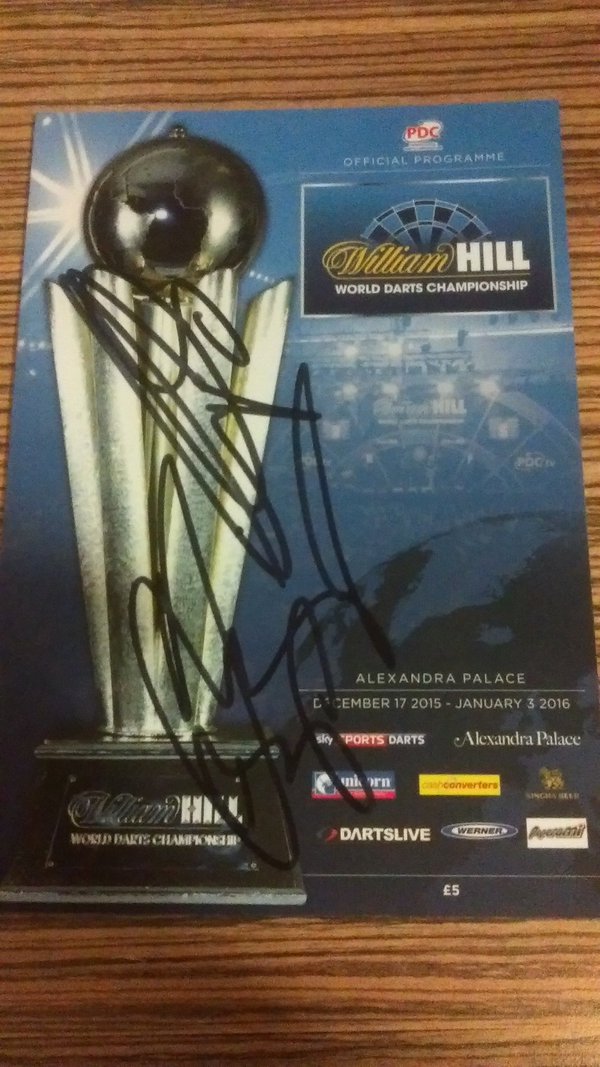 To celebrate the first three months of Darts Weekly magazine, we’re giving away a signed World Championship programme to one of our subscribers!

The 2016 William Hill World Championship programme is signed by the two finalists from the tournament, Gary Anderson and Adrian Lewis, and will be sent to one lucky subscriber of our magazine.

To enter all you have to do is become a subscriber of Darts Weekly magazine, which is FREE to do, and can be done by simply sending an email to dartsweekly@gmail.com

Not only will you be entered into our draw to win the signed programme, but you will also then receive Darts Weekly magazine to your inbox for free every Friday!

We will be closing entries for the competition on Sunday, April 10 at 12pm UK time and the winner will be announced the following week.