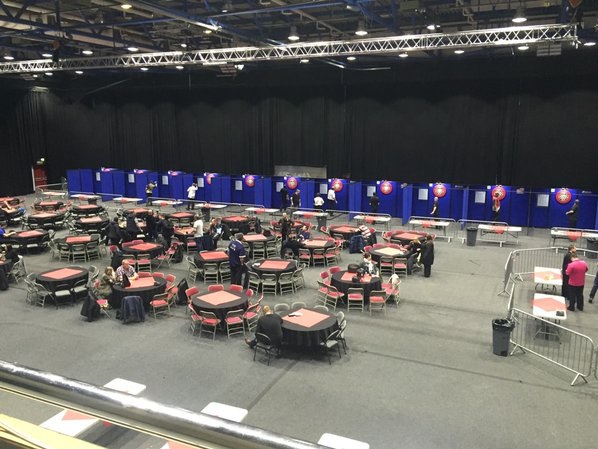 Getting through the UK Qualifiers for the European Darts Matchplay was a massive confidence boost.

I played some good darts in the UK Open Qualifiers last month but didn’t manage to qualify, so you try and put the doubts out of your head and to qualify for a European Tour event was a big achievement.

My weekend began on Friday night with the qualifiers for the Gibraltar Darts Trophy where I lost 6-1 to Joe Murnan in the first round.

I didn’t really do a lot wrong and before I knew it the game was over. I was a bit deflated but you try and get yourself back up for the next tournament, which luckily enough was starting in a few hours’ time.

It was a relief to get past Jason Marriott 6-5 in the first hurdle of the European Matchplay qualifiers and then I probably played the best I did all weekend against Andy Boulton in the next round.

In the final game against Jamie Lewis I was 5-1 down but I shouldn’t have been that far behind to be honest.

I kept plugging away and before I knew it I was back to 5-5 and throwing for the match.

Coming back from that far behind is the difference in me now from a couple of years ago.

Years ago if I was 5-1 down I would have folded and I’d have given up, but I just took it one leg at a time really.

I managed to break him a couple of times and I could see he was getting a bit nervy.

I thought to myself ‘just keep going and you might pull it off’ and luckily enough he had a bad last leg and it allowed me in.

Phil Taylor was playing in both of the qualifiers and funnily enough he played Ross Smith twice.

Ross beat him on the first one and that just goes to show the standard of players now. Taylor only qualified for one of the two events, but years back it was a foregone conclusion that these big players qualified for everything.

It’s crucial to get up in the rankings so you are in everything because everyone is good enough now to stop the top players from qualifying for these events.

On Saturday the Players Championship events began and after winning my first game I took on the two-time world champion Adrian Lewis in the last 64.

I went out in the first round on the Sunday so I just fell short of the target I had set for the weekend, which was to try and win £1,000 in the Players Championships and qualify for one of the European Tour events.

I was a little bit disappointed on Sunday but I’ve got a minimum of £1,500 from the weekend and I can hopefully earn more in Germany.

There’s a bit of a wait now before the next Players Championship weekend but luckily I’ve got 10 days working away in the day job.

I haven’t really worked a lot since the start of the year because there’s been so much darts, so it will be nice to get away from everything, have a break and come home refreshed and ready to go again.