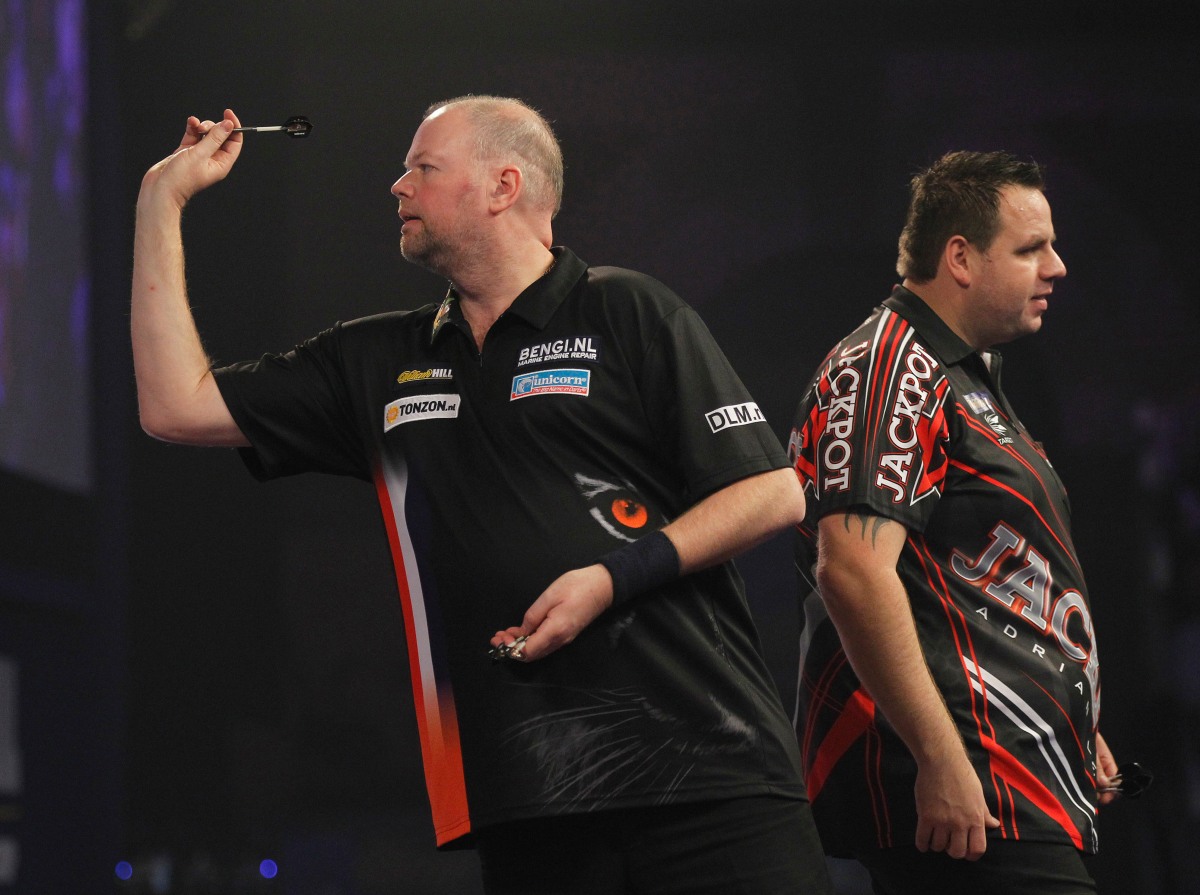 Raymond van Barneveld and Adrian Lewis face off in a game which sees two in-form players clash in the Betway Premier League in Liverpool tonight.

Van Barneveld, the 2014 Premier League champion, is currently third in the table and has won five of his last six games in the tournament.

“I’m playing well and to win five games out of six is amazing,” the Dutchman said. “I’m still there and I’m not giving up.

“Adrian’s playing well. For a few weeks he wasn’t playing his A-game, but he won a floor tournament the other weekend, and if he hits his triples and his doubles he his hard to beat.

“You know there aren’t any easy matches now. Adrian’s head is right and at the moment he thinks he can win.”

Lewis also heads into tonight’s fixtures at the Echo Arena this evening in good form, with his victory over Gary Anderson last week his fourth win in five games.

“Every game’s different and I know if I turn up I’ve got a good chance, but I’ve had some belters with Raymond in the past,” Lewis said.

“He beat me 7-5 the other week and then the same weekend we played in a tournament and I beat him 6-1. It should have been a draw the last time we met, so I’ll make sure I put that right.

“Everybody knows what’s at stake and everybody’s fighting for their life really. Gary knew I wasn’t going to be a walkover in Dublin and Raymond knows I’ll be after him.”

* Listen to this week’s Weekly Dartscast podcast via the player below and see what our team are predicting for tonight’s Premier League fixtures in Liverpool!