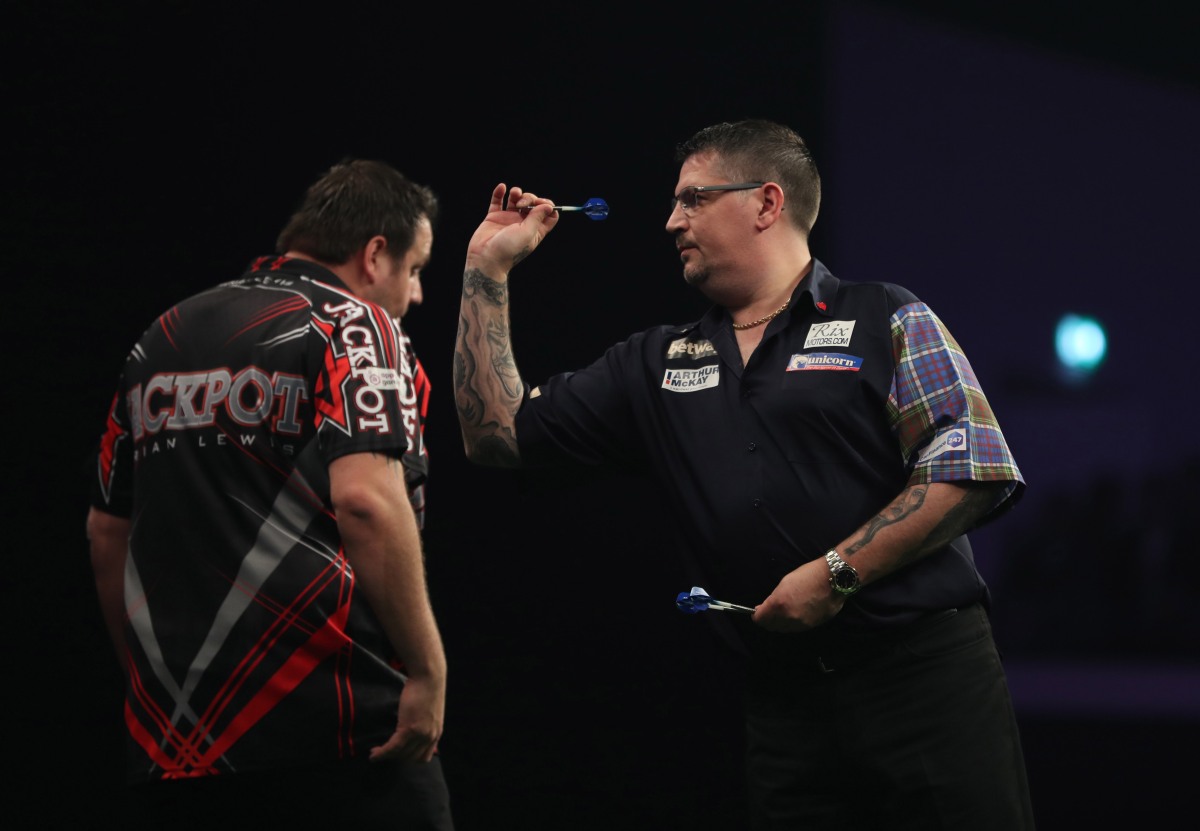 The race for the play-offs in this year’s Betway Premier League is shaping up to be the closest in a number of years, and that was clear to see from some of the players in Cardiff last night.

Ahead of last night’s action at the Motorpoint Arena, the evening’s schedule was cut from five matches to four, as Kim Huybrechts withdrew from his fixture with Peter Wright due to family reasons.

With Huybrechts set to be eliminated, along with Jelle Klaasen, from the tournament following last night’s fixtures, Wright was awarded a 7-0 win, in accordance with the PDC’s rules.

It is a rule which certainly irked with a few of the players who did play last night. Could the PDC have waited a few weeks and got Huybrechts to come back to fulfill his final fixture?

That appears to be what those players may have wanted to happen, but, in truth, this is a situation which has never arisen before. A player, who can no longer avoid elimination, withdrawing from the one fixture he had left to play.

Another option would have been for all of the results involving Huybrechts in the tournament to be expunged from the record books. Another suggestion on social media was for Wright to play a challenge match against a player not in the competition and the result to go towards his record instead.

Wright was a big favourite to beat Huybrechts in their scheduled match at Cardiff last night and many would have expected him to pick up two points if the fixture was played.

What the players seem to be annoyed about was the ruling which gave Wright a 7-0 win in the fixture. Given that there has only been half a dozen or so whitewashes in the history of the Premier League, it would have been a big ask for Wright to replicate that one-sided scoreline if the match was played.

The plus seven legs difference Wright accrued from this outcome could be a deciding factor come the end of the season, as places in the play-offs could come down to legs difference.

But has Wright really been given a big advantage? We now enter the second league phase of the Premier League next week and each player still has seven fixtures and 14 points to play for.

The four players who end up finishing in the top four will have all deserved to be there. The Premier League is the longest tournament on the calendar, played over 15 weeks before the finals night at The O2, so players complaining about the PDC’s ruling yesterday should look at the bigger picture.

If the shoe was on the other foot, and one of the players who complained had been awarded the 7-0 win, would they have had the same reaction last night? It is very doubtful.