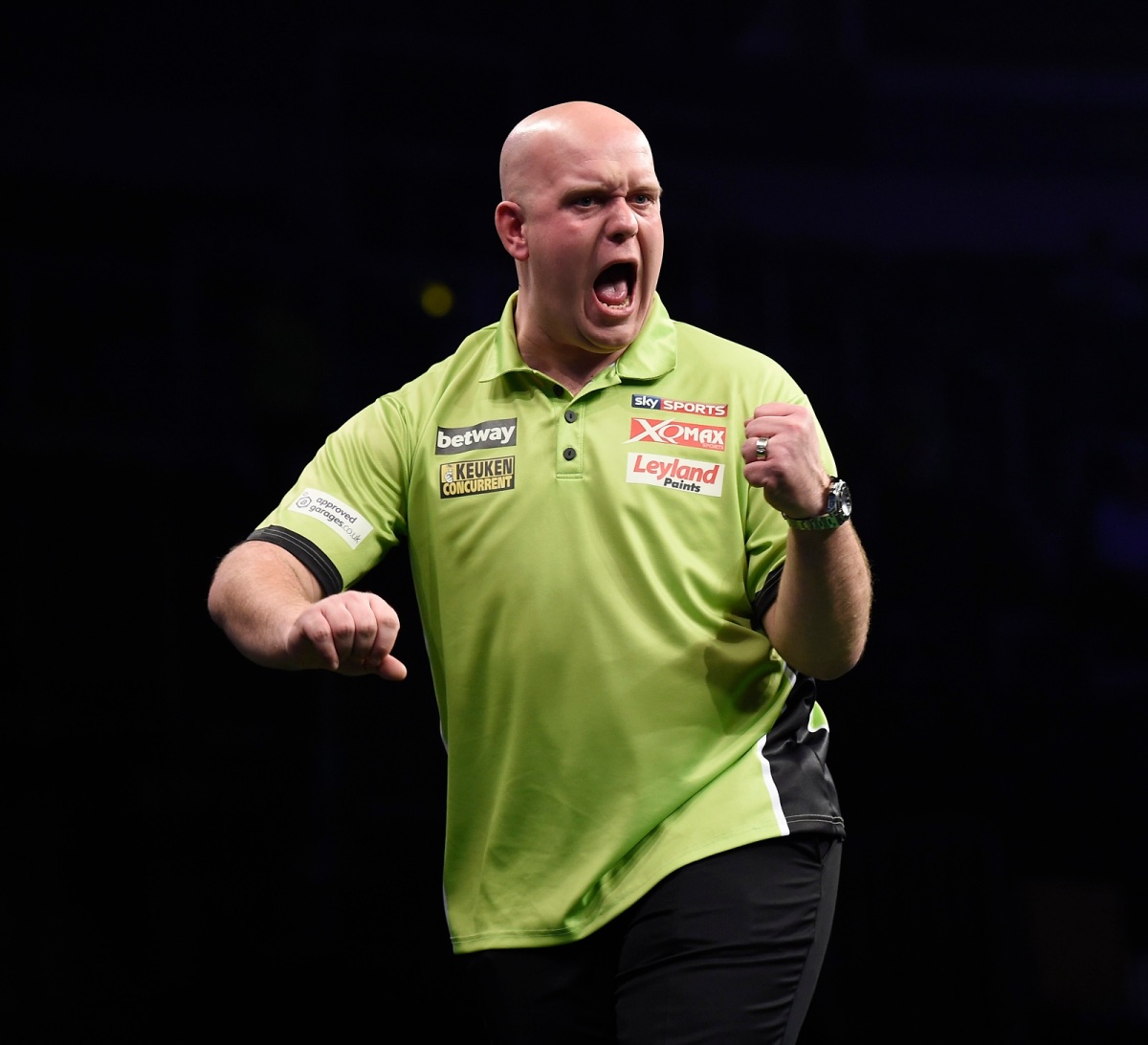 Michael van Gerwen could secure top spot in the Betway Premier League for the fifth year in a row when he plays twice in Birmingham tomorrow night.

The world number one has finished top of the table in each of his previous four seasons in the Premier League, and has gone on to win the play-offs in 2013 and last year.

The Dutchman currently holds a two-point lead over Peter Wright in second spot going into the 13th night of the tournament, at the Barclaycard Arena, and plays twice as he faces Dave Chisnall and Adrian Lewis.

If results go his way, van Gerwen could end the night with an unassailable lead at the top of the table, thus earning him the £25,000 league winner’s bonus.

“Four points is my target,” van Gerwen said. “You never know what’s going to happen – Adrian is playing good darts at the moment and Dave played well last week, but I want to make sure I get four points and make sure I’m clear at the top of the table so no-one can catch me.

“I want to be top of the table and that’s where I am. I’ve done this for every year I’ve been in the Premier League and I want to keep it going.

“I’ve got to remain focused and I don’t want to make any mistakes, and it doesn’t look like I will because I’m playing really well.

“I’m playing always over the 100 average now so I’ve raised my game to a standard no-one has touched.

“I love to play well and perform really good, and that keeps me motivated. I feel good and I want to make the difference with these two games.”

* Listen to this week’s Weekly Dartscast podcast via the player below and see what our team are predicting for tomorrow night’s Premier League fixtures in Birmingham!