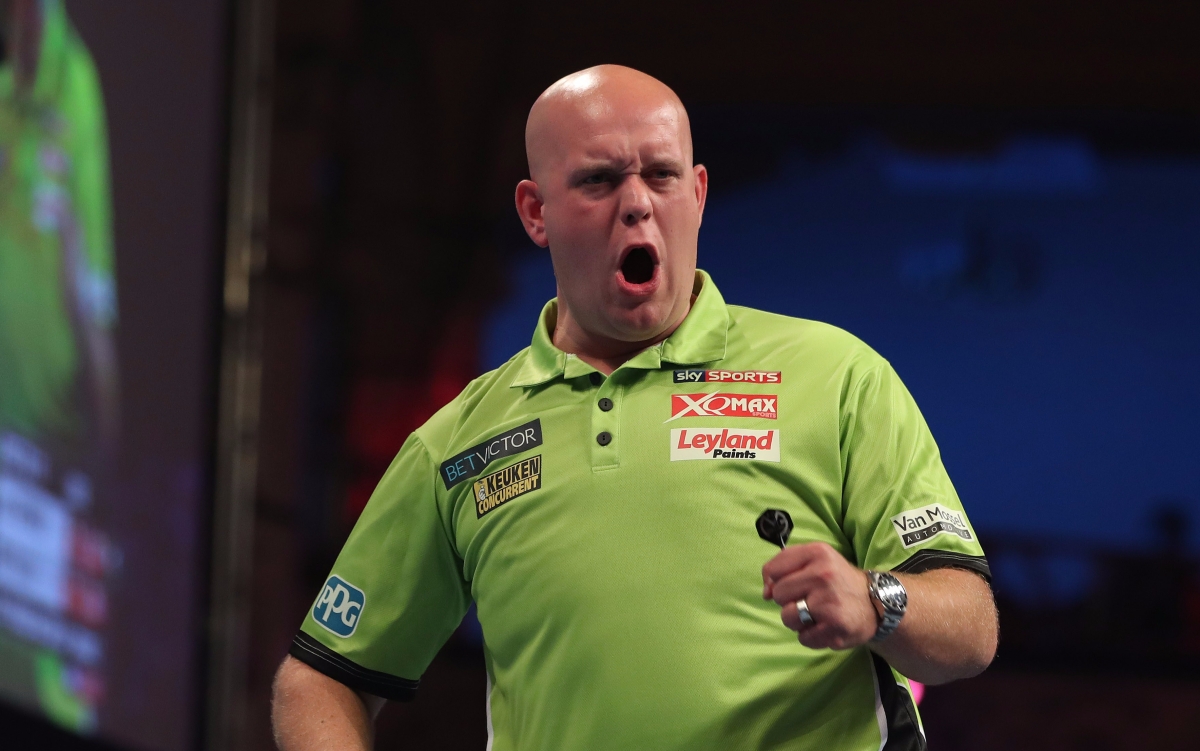 Michael van Gerwen took just nine minutes to whitewash Richard North with a 111 average in the second round of the HappyBet German Darts Grand Prix this evening.

The world number one had marked his return to action following a month’s break for the birth of his daughter by winning last weekend’s Dutch Darts Masters in Maastricht, and the top seed laid down a marker in Mannheim with a 6-0 win over the qualifier.

Van Gerwen began his bid to win a fifth European Tour title of 2017 in ruthless fashion, winning six straight legs in 13, 14, 15, 15, 13 and 11 darts to set up a third-round clash with Gerwyn Price tomorrow.

“It’s been a great last month and I’m really enjoying myself and you could see that in my game last week,” the top seed said.

“I played really well in Maastricht and I hope I can continue the good form.

“I’ve got the spirit and good motivation at the moment. You always need to be critical of yourself – I had two legs where I had some 57s and 59s, but for the rest I’m doing quite well and that’s what I like to do.”

Welshman Price was a 6-3 winner against leading Polish ace Krzysztof Ratajski, who led 3-2 only for missed doubles in two successive legs to allow the UK Open finalist to start a run of four straight legs as he swept to victory in the afternoon.

The Australian twice hit six perfect darts as he hit back from an early 2-1 deficit to land seven maximums and end with a 102.17 average – despite missing 15 darts at doubles.

Anderson now takes on ninth seed Jelle Klaasen in the last 16 tomorrow, with the former BDO world champion enjoying a 6-4 win over Scottish qualifier Jamie Bain in their second-round tie earlier in the day.

Bain, who had knocked out Dutch Darts Masters finalist Steve Beaton in the first round yesterday, hit back from 2-0 down to lead 3-2, but Klaasen dominated the second half of the game to progress.