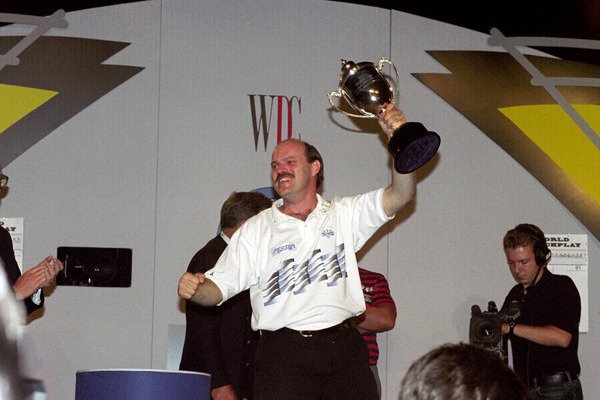 The Weekly Dartscast is back this week with special guest 1994 World Matchplay champion Larry Butler!

The inaugural winner of the World Matchplay joins us to discuss his memories of the event in 1994, as well as North American darts and the recent US Darts Masters.

The 2017 World Matchplay is in the books so listen as co-hosts Alex Moss and Burton DeWitt recap Phil Taylor’s stunning 16th title in Blackpool in what is set to be his final appearance in the tournament.

The team also discuss comments during the event from Michael van Gerwen and Peter Wright, as well as good runs for both Adrian Lewis and Daryl Gurney.

Listen to the podcast via the player above.