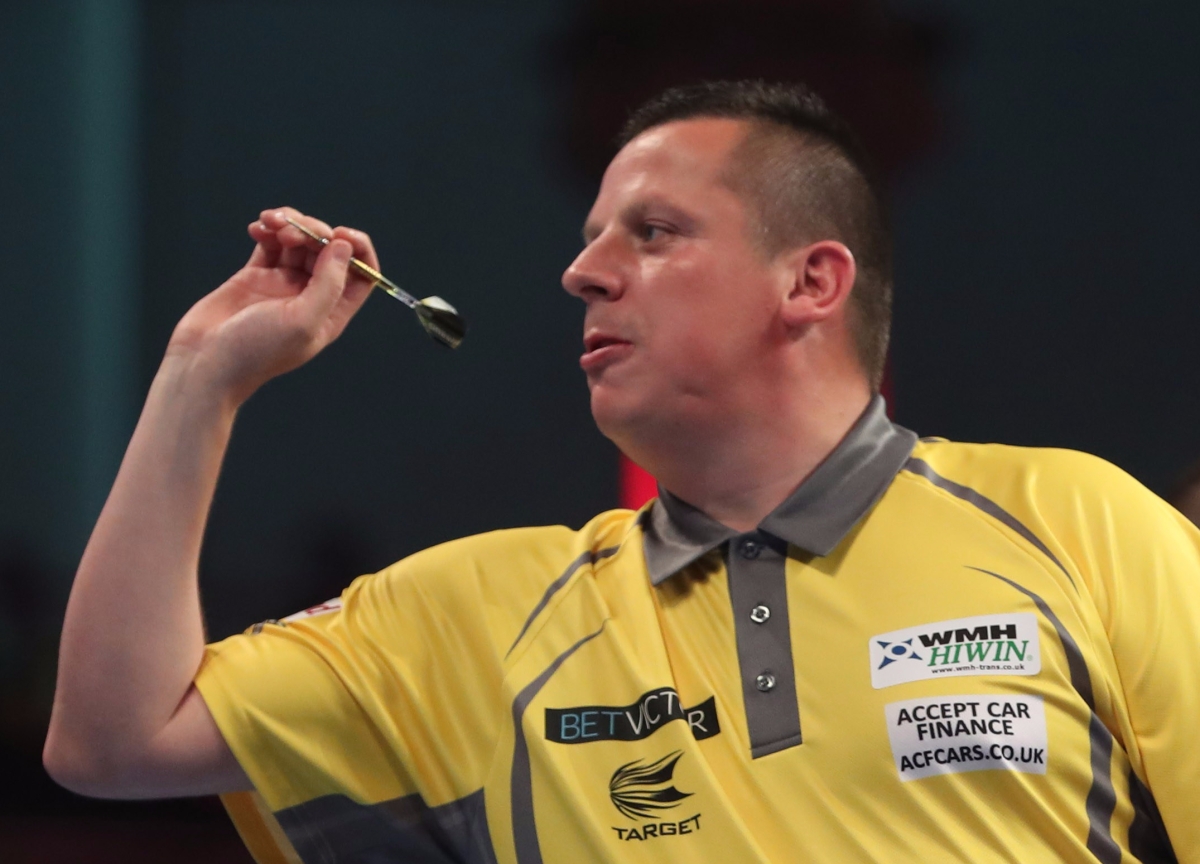 The second half of the last 16 culminates tonight where we will discover the quarter-final line up of play on Friday.

The ever-improving Norris proved it once again with his victory over Kim Huybrechts in Sunday’s opening round.

Dave Chisnall has had a couple of defeats in recent times, but only against the very best in the world. Chisnall otherwise is capable on his day of seeing off his opponents courtesy of his 180 hitting ability.

Chisnall with the stage game especially in recent times is able to pull a couple of quick legs together and is never a person to be left on a three-dart combination.

Although Norris did not register on the maximum count in round one he is very much a reactive player rather than a proactive player so the 180 count may again stack up with rhythm.

With the match prices seeing Chisnall red hot on 1/3 versus Norris at 11/4 it sees the jet setting World Series player with an implied 75% chance of winning compared to Norris’s 26.67% chance.

Having played each other once on tour this year in a Pro Tour event there is only individual gameplay to really go with.

Chisnall has got used to becoming a part of the Premier League and World Series fold of players and is covering more air miles than I will in my lifetime this year alone!

Rob Cross played a very steady game taking out Ian White with a respectable 95.72 average and three maximums in the process reigning victorious 10-7 and he plays Adrian Lewis, who saw off Steve Beaton by the same scoreline with a 95.07 average netting just the one maximum.

With no previous meetings going with form you could sum up that Lewis at 4/6 and Cross at 11/8 has seen some manual intervention by the odds compilers.

Both struggled to bed the maximums despite 17 140s from Lewis and 13 from Cross the third dart conversion rate especially from Lewis showed he was a little rusty since the recent operation.

Compilers have priced up evens on both under and over 10.5 maximums with <11 a real possible play in this game.

Lewis and Cross would have benefited from a day of rest on Tuesday. Lewis did look vulnerable at times and Cross’s action was smooth which resulted in his number of 140s.

In what could be the last El Clasico of darts meeting in history before Taylor call it a day at the end of 2017 on tour it could provide an emotional affair.

My personal view with Taylor is if he was to bow out at this stage losing to Barney it would not be such a major issue for the Power seeing as he owned Barney over countless games on their head to head.

Speaking of the head to head, Taylor’s 58-17 with four draws is not such a bad record at all. In fact Taylor’s career on recorded wins sees he has never lost to any player more than wins over.

Taylor lost out to Barney in the quarter-finals of the World Championships in a sterling eight-setter and returned to the Premier League earlier this year to win both ties under a shorter format.

Taylor is top price 8/11 versus Barney at 5/4 and we noticed Taylor was a bag of nerves at times versus Price and put this down to the emotion getting to him.

Taylor took a long time to get the treble 20 filled up and with a lot of loose darts. Barneveld at 5/6 with Bet365 surely cannot be discounted from the game.

Taylor showed with his checkouts how class prevails and considering a joint effort of over 130.50 will be considered at the business end of this preview.

Heading back to the maximums and seeing Taylor at 5/6 for under 4.5 may see punters flying in based on the last performance but do not let this distort your view. Although the legs of this game could be closer is not worth holding out?

I do think we will see a better performance than the 94.04 average from Taylor and am sure that Barney would have benefited from Monday off from his own 92.42 average.

If Taylor is going out here make sure he is dawned with the respect of a standing ovation like the crowd will surely have in reserve for the Power chanting “Thank you Phil” or something as respectful.

Mighty Mike was a little blunt after his 10-4 win over Stephen Bunting about his performance and more so speaking about whether or not his next opponent Simon Whitlock will be a threat to him, van Gerwen responded by saying: “No. I don’t like anyone being a threat to me. Simon is a good player, he’s playing well, but he has an injury to his elbow so it might be a disadvantage to him.”

Now if MVG were to have a few slack legs there is not too much room for error if taking the -5.5 bet only at 8/11 so bookies are covering this where possible.

Comparing the handicap to total legs Sky Bet are 5/6 for under 16.5 legs so a slight enhancement on MVG if you are in the opinion Whitlock could win this both bets could be potentially spoilt unless Whitlock won it 11-5 or better if you can vision this.

One bet we do like is MVG to win the 180 count by two or more and Sky Bet offer evens on this. Whitlock has been known as a bigger hitter but will his elbow be causing him too many problems?

MVG demonstrated he can switch his game on similarly to a light switch and even if Whitlock puts forward a formidable attack MVG has demonstrated his motivation time and time again to win!