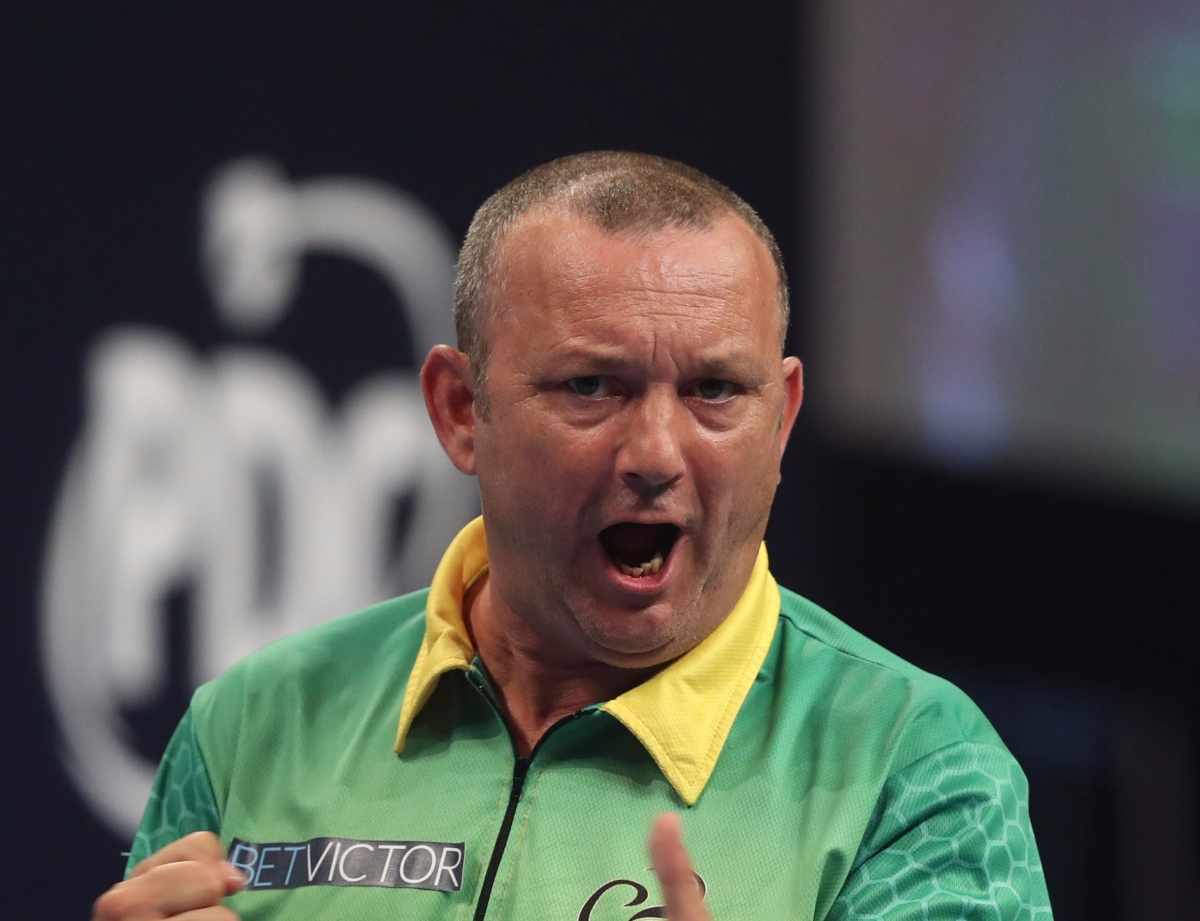 Darren Webster says a steadier approach at the oche was behind his 11-7 win against Steve West in the second round of the World Matchplay last night.

The world number 29, who survived three match darts to beat former champion James Wade in the first round, continued his impressive form in Blackpool with another strong display as he edged past West to reach his first quarter-final at the Winter Gardens.

And after watching back his thrilling 13-11 victory over Wade in the previous round, Webster noticed he was often rushing his last dart during the win against the world number six on Saturday.

“It’s a massive win and I’m really, happy,” the Norwich thrower said. “It took me a while to get going, but when I got into my flow my finishes were going in.

“I watched my first round game back and I was rushing my last dart, so I was trying to be more steady and control that.

“I’m practising 10 times better than I’m playing on stage, but if I can keep learning and improving then I’m happy.

“I’m trying to do everything right and if I do that then I can’t do any more, and I’ll be a happy man.

“I think in my last four TV events I’ve made two last 16s, a semi-final and a quarter-final, so I’m starting to do it now. I don’t feel comfortable yet but I’m learning all the time.”

A tight opening session last night saw West lead 2-1 early on, before Webster took out legs of 14 and 12 darts to move ahead at the first break.

A superb 135 bull finish from West, which followed a 171 score as he took out 306 in six darts, saw him level and he also shared the next two legs to remain level at 4-4.

However, Webster broke throw twice in the next three legs as he moved clear at 7-4, before finishes of 120 and 133 moved him into a commanding 10-6 lead.

West responded with a 121 checkout, but two misses at tops in the next leg allowed Webster in on double eight to seal his place in the quarter-finals.