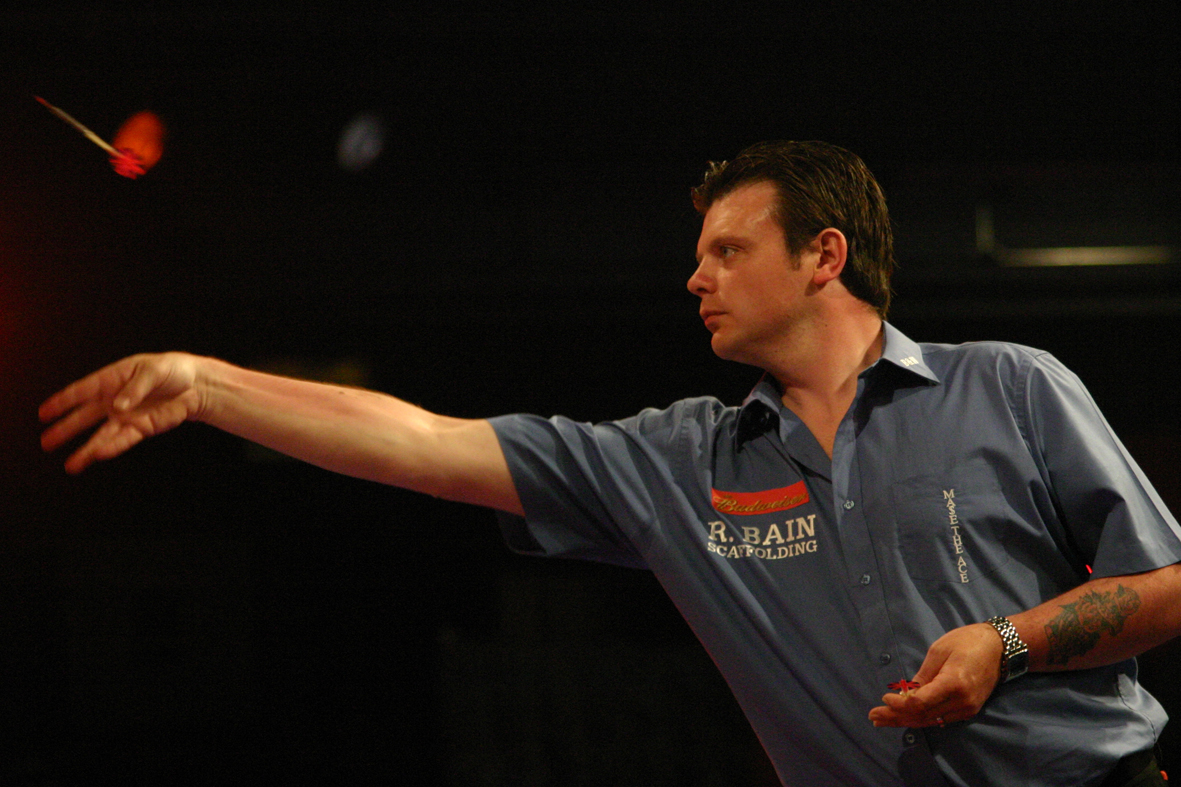 Going on what we’ve seen last weekend in America, you’d have to make Michael van Gerwen a continued firm favourite to make it a hat-trick of World Matchplay titles a week on Sunday, but it’s going to be an interesting event.

There are a few debutants, including Rob Cross, who I”m looking forward to seeing how he gets on against Ian White in the first round.

It’s a real tough game for both that, that’s a real pick-em match. You never know with Whitey, what kind of form he’s going to turn up in.

It’s a tough route though for MVG. He’s got Stephen Bunting to start, which you’d expect him to get through, then he gets the winner of Kyle Anderson and Simon Whitlock, another tough one.

And then a potential winner out of that incredible little group of Phil Taylor, Gerwyn Price, Raymond van Barneveld and Joe Cullen. I wouldn’t want to be in that section!

That’s a real horrific section of the draw. Price and Taylor, you’d have to go with Taylor, he’s still averaging around 100 when he’s on his game.

I think Cullen might beat van Barneveld. I think it’s come a bit early for van Barneveld with his new darts, he doesn’t look that comfortable with them yet. It’s going to take a bit of time to adjust, so that’s one of the seeds I think could potentially go.

For Taylor, the Matchplay is one of his favourite events. He loves the venue, he’s got a place not very far from Blackpool, so he’s going to be very comfortable.

He’ll have all of his practice set up sorted and he has the advantage that he didn’t go to compete in the US event, so he’ll be fresh, he’ll be well rested, no jet lag.

Let’s not forget he played very well in Shanghai against Michael and was 5-0 up. He had his chances to take him out, write Taylor off at your peril.

I think if he gets over Pricey, as I say I think he’ll play Cullen, who’s in the form of his life, if he gets through Cullen and then plays MVG over a long format, it’ll be the best of 31 legs, he’s in with a hell of a shout.

I think it would be lovely as a bit of a swansong for Phil to go out winning one of his favourite events. I certainly hope he does it.

In the bottom half of the draw you’ve got Gary Anderson as the second seed. He absolutely hates the Winter Gardens at Blackpool, I think his best ever run is a semi-final, most of the time he goes out first or second round.

But he’s playing some fabulous darts at the minute. He’s got to have a run and I think that bottom half is really winnable for him.

In there you’ve got Cristo Reyes against Robert Thornton, where we could see another seed go. Robert’s not been in the greatest form of late, he’s missed a fair few events.

The winner of that will likely play Peter Wright and I can really see a Wright/Anderson semi-final and that would be a pick-em match.

The bottom half pretty much makes itself. I know Daryl Gurney’s been playing really well, but again he’s got a fairly tough route.

Daryl would play Anderson in round two, and I know Anderson lost to Gurney at the weekend, but this is a bit of a different animal for me.

I’ve just got a feeling Anderson’s going to go on a run this year. He’s due one at the Matchplay and he’s due to play really well there.

I do think there’s going to be some shocks, everywhere you look from top to bottom you could see there being seeds go out.

I could see Anderson beating Whitlock, I could see Cullen beating Barney, and Mervyn King’s been playing well, he recently got to a final.

Steve Beaton against Adrian Lewis, Adrian’s had his health problems at the minute so I’m not sure how prepared he’ll be, and Beaton’s always a toughie, he’s won on the Pro Tour this year.

Cross against White, I wouldn’t comfortably put any money on there. Gurney against Benito van de Pas, Justin Pipe and Jelle Klaasen, and Darren Webster against James Wade, another potential banana skin.

The tournament could be full of shocks and surprises, and the Matchplay usually does throw a few of them up.

It’s going to be a really exciting tournament, the best 32 players in the world currently getting the chance to duke it out. This potentially has the ingredients to be the best ever World Matchplay.