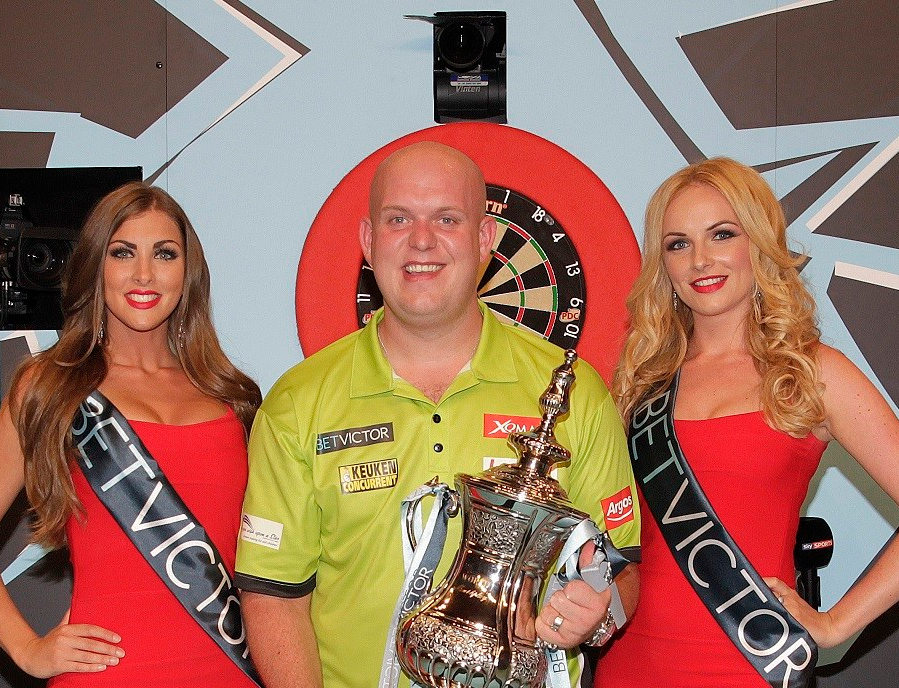 Michael van Gerwen will start his bid to win a third consecutive BetVictor World Matchplay title against Stephen Bunting in a battle of former world champions later this month.

The world number one has reigned supreme at the Winter Gardens for the last two years, and will begin his challenge for a hat-trick of titles in Blackpool against the 2014 BDO world champion in the first round.

Elsewhere in the draw, 15-time World Matchplay champion Phil Taylor, who is making his final appearance in the tournament ahead of his impending retirement at the end of the current season, has drawn recent UK Open and World Cup of Darts finalist Gerwyn Price.

Sixth seed James Wade, the only other former World Matchplay winner in the 32-player field this year, will face Norfolk’s Darren Webster, who won his first PDC title in 12 years with victory in Players Championship 15 on Saturday.

Five-time world champion Raymond van Barneveld, the ninth seed and 2010 finalist at Blackpool, drew Sunday’s Players Champonship winner Joe Cullen, while Simon Whitlock and Kyle Anderson will face off in the first all-Australian match to be held in the history of the tournament.

Former world youth champion Michael Smith and Robert Thornton are seeded in the bottom quarter of the draw, and will meet debutants Steve West and Cristo Reyes in their first round ties.