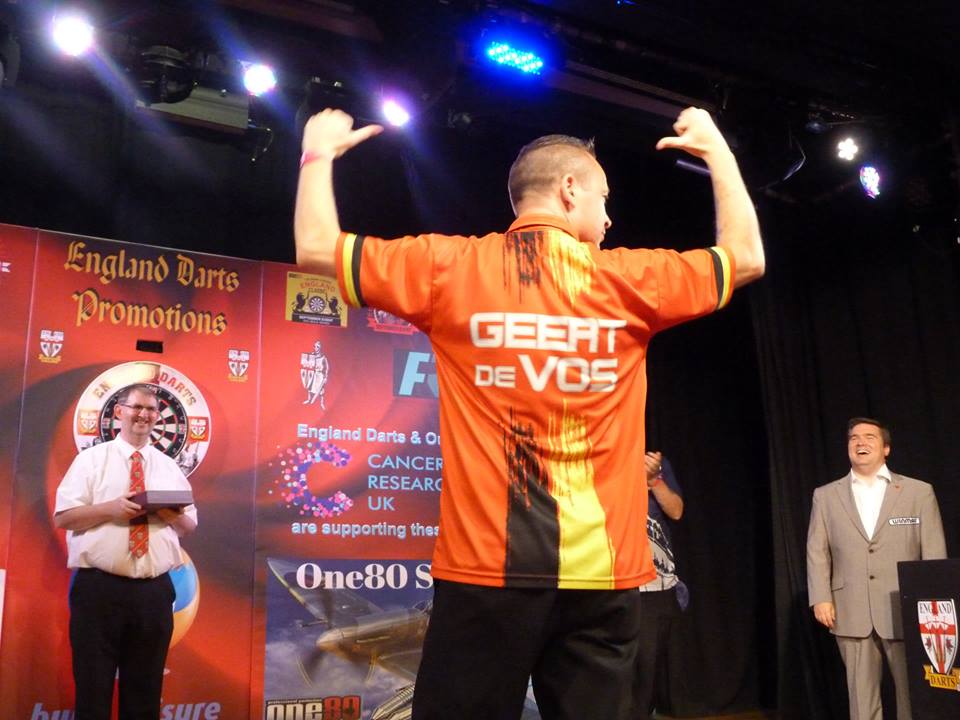 Geert de Vos has moved up to joint sixth in the BDO Men’s Rolling Rankings following his victory at the England Open last weekend.

The Belgian picked up 49 ranking points for his victory in Selsey, which helped him climb up from ninth to sixth, level with Wesley Harms in the latest standings.

Scott Mitchell was the other men’s winner from Selsey, beating Paul Hogan in the final of the England National Championships.

The former Lakeside champion remains in fourth spot, but is in hot pursuit of Jamie Hughes in third, with the gap between the two now standing at 29 points.

BDO number one Glen Durrant suffered a disappointing weekend in Selsey, with the reigning Lakeside champion bowing out early in both competitions.

Durrant went in to the weekend as the defending England Open champion and, coupled with second-ranked Mark McGeeney’s run to the England Open final this year, he has seen his lead at the top cut to just 24 points.

Lower down the rankings, Northern Ireland’s Kyle McKinstry has broken into the top 16 after his run to the quarter-finals of the England Open, while England National Championship runner-up Hogan has climbed up from 80th to 54th.