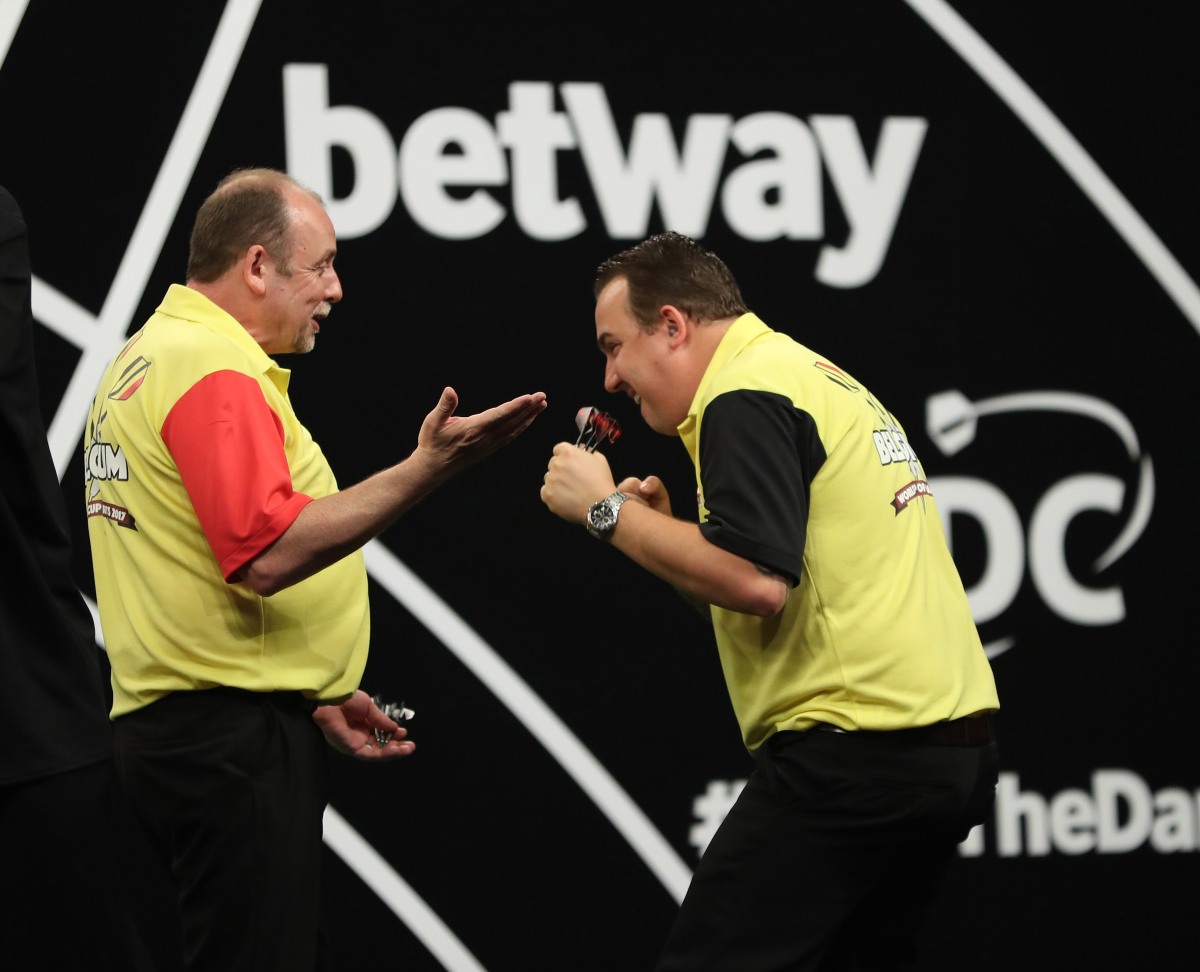 Kim Huybrechts was pleased to avoid a first-round scare against New Zealand in the Betway World Cup of Darts last night.

The Belgian and his brother Ronny have never gone out in the first round of the World Cup in their four previous appearances together in the annual pairs tournament.

But last night in Frankfurt, Belgium looked in trouble as they trailed 2-1 to their opponents from New Zealand, before storming back to win four legs on the spin to book their place in Saturday’s second round.

“New Zealand are a good team, one to watch for the future,” said Kim Huybrechts, when speaking to Sky Sports after the comeback 5-2 win.

“Cody (Harris) is a very good player and Rob (Szabo) didn’t play like he could. I think we got away with that one, but I’m very happy with the win.

“You’ve got eight seeds and 24 who are not seeds, and out of the four teams you don’t want to draw, New Zealand is one of them.”

The Huybrechts brothers went all the way to the final of the World Cup in 2013, while the last three years have seen them reach one quarter-final and two semi-finals, making them one of the outside favourites to lift the title on Sunday.

But younger brother Kim, who competed in the Betway Premier League for a second season earlier this year, admits there is a lot of pressure on his team to perform well this weekend.

“It’s always great when you bring your family and they support you,” he said. “But people underestimate that it’s a big pressure as well.

“They don’t often come and watch, but when they come you want to perform. When you don’t perform, you disappoint them, and I think it’s harder to disappoint family, friends and managers than 1,000 people (in the crowd).

“The family really care, so it’s much harder to play for them.”