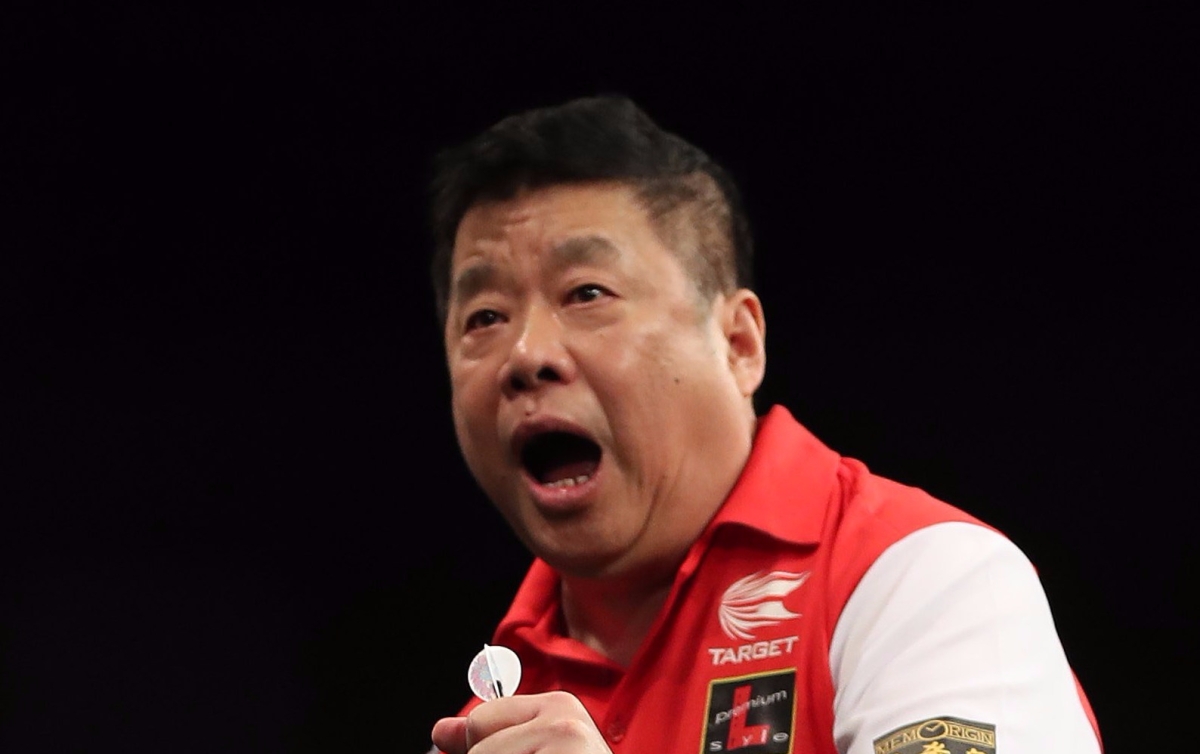 Singapore pulled off one of the biggest upsets in darts history to knock out top seeds Scotland in the first round of the Betway World Cup of Darts tonight.

The Scottish pairing of Gary Anderson and Peter Wright, ranked second and third in the world respectively, were massive favourites to win the first round tie, and were priced at 1/16 by tournament sponsors Betway to progress to Saturday’s last 16.

But it was the Singapore team of Paul and Harith Lim who were victorious, with the former checking out 100 to complete a 5-2 win to send the top seeds out of the pairs tournament at the first hurdle.

Fourth and fifth seeds Wales and Australia almost suffered the same fate of an opening night exit, but managed to squeeze through in last-leg deciders against Finland and Denmark respectively.

Wales, represented by Gerwyn Price and Mark Webster, found themselves 2-0 down in the early stages, before checkouts of 124 (Webster) and 92 (Price) helped them to get back on level terms.

A stunning 141 checkout from Marko Kantele, of Finland, put the underdogs back in front at 4-3, with the Welsh pairing kicking off the next leg with seven perfect darts.

Webster wrapped up the leg in 11 darts to force a decider, which his team came through, but only after Finland’s Kim Viljanen missed two darts to pull off another upset on the first day.

Australia also survived a match dart on their way to securing their place in the second round, as the Aussie duo of Simon Whitlock and Kyle Anderson came from behind to beat Denmark 5-4.

A 116 checkout from Per Laursen helped Denmark level up at 2-2, before the next four legs were shared to send the first-round tie into a deciding leg.

Laursen missed a dart at double 16 for a match-winning 92 checkout, which handed Kyle Anderson the chance to hit tops to seal a dramatic win for Australia.

Eighth seeds Belgium reeled off four straight legs as they fought back from 2-1 down to beat New Zealand 5-2 in their first game of the tournament.

The Huybrechts brothers, Kim and Ronny, trailed in the early stages but fought back well to set up a clash with Greece in the last 16.

Earlier in the night, Greece opened up the four-day event with a comeback 5-3 victory against Thailand.

Thailand got off to the better start to open up a 3-1 lead, but crucially squandered two darts at doubles to go 4-1 up and Greece hit back with successive legs to level up at three apiece.

More missed darts at doubles from Thailand in the next leg were punished by the Greek pairing of John Michael and Ioannis Selachoglou, with the former wrapping up a comeback win for his nation in the eighth leg.

Elsewhere, Russia made it through to the second round of the World Cup for the first time since 2010, as they edged a tight contest 5-3 against Hong Kong.

A 110 finish from Boris Koltsov inspired the Russians into a 3-1 lead, but their opponents from Hong Kong kept within touching distance, with Royden Lam checking out 111 in the seventh leg to cut the deficit to 4-3.

But Russia got over the line in the next leg, with Koltsov landing tops to book him and partner Aleksandr Oreshkin a meeting with Australia in the last 16 on Saturday.

Spain will provide the next opposition for Scotland’s conquerors Singapore after they rattled off four straight legs to defeat Japan 5-3 in the first round.

Haruki Muramatsu’s 112 checkout saw Japan establish a commanding 3-1 lead in the best of nine leg tie, before the Spanish duo of Cristo Reyes and Antonio Alcinas responded with four legs in a row to advance to the last 16.

The Republic of Ireland kept up their impressive record in the first round of the World Cup, with a hard-fought 5-3 win over Poland securing them a spot in the last 16 for the sixth time in seven appearances.

A back and forth encounter started with William O’Connor checking out 106 to give Ireland a 1-0 lead, before Tytus Kanik’s finish of 144, and tops from Krzysztof Ratajski, saw Poland go in front at 3-2.

But the momentum swung again as Mick McGowan converted double eight to level up at 3-3, with the Irishman then finishing 100 with two double tops to give his team the advantage at 4-3.

And the Irish then made it three legs on the spin in the next leg to book their place in the second round and a clash with fourth seeds Wales on Saturday.