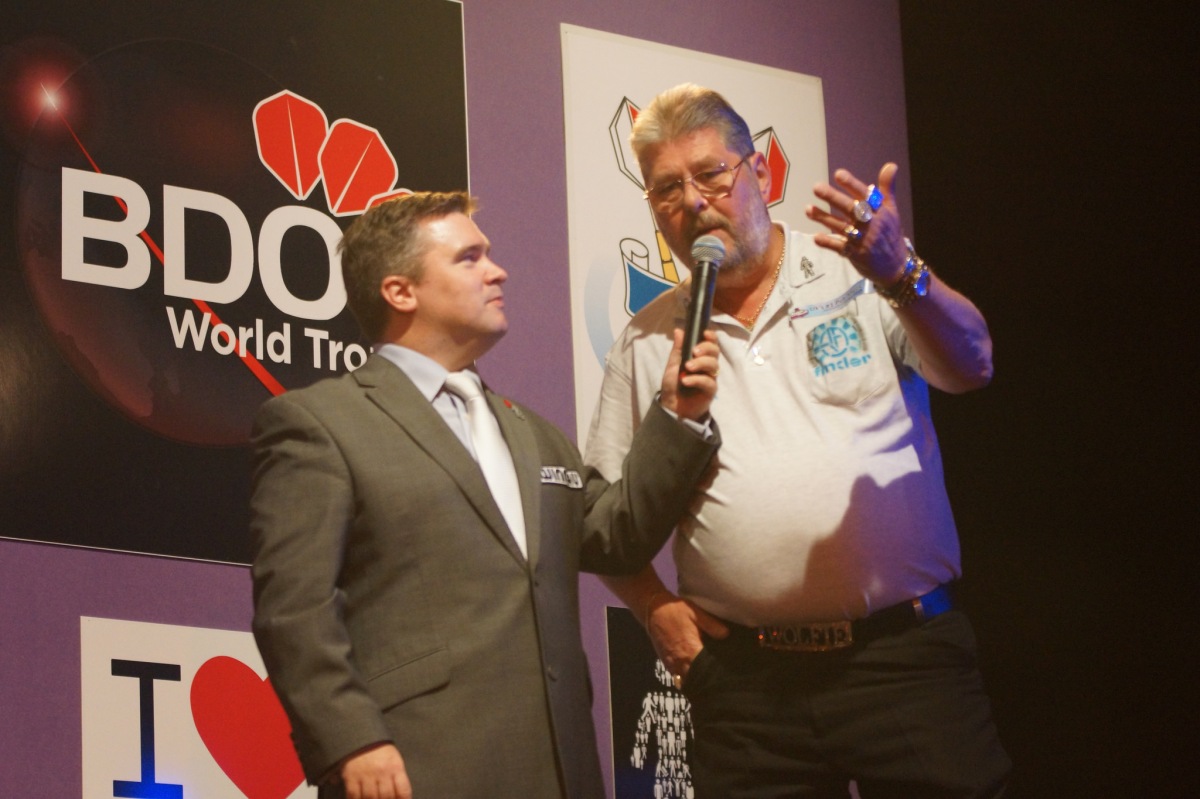 Martin Adams says he is looking forward to facing Peter Machin in the quarter-finals of the BDO World Trophy this afternoon.

The three-time world champion has matched his best-ever run in the BDO major by getting to the last eight, where he will take on Australia’s Machin, last year’s runner-up.

And while Adams, also a three-time winner of the World Masters, is one of two men left in the competition who can complete the triple crown by going all the way today, his first target will be to knock out Machin and progress to his first World Trophy semi-final.

“He’s a great dart player and he’s come a long way to play darts this weekend, a long, long way.

“I thought I was doing bad, just under 200 miles it took me six-and-a-half hours. How long it took him I don’t know!”

Adams has been pushed in both of his matches so far in this year’s World Trophy, firstly coming through a last leg decider to beat Scottish Open champion Cameron Menzies, before yesterday surviving a late fightback from Dean Reynolds to prevail 6-4.

“The wheels started to fall off and it was getting a bit wobbly, I think I needed a new bearing,” Adams joked.

“He’s (Dean) a great young player. He’s one of our new breed of players and he’s doing really, really well.

“You look at ‘Deano’, you look at Jim (Williams) and so forth. They’re playing really great darts and it’s lovely to see it because in any sport there has to be a future.

“These guys are our future without a doubt. I’m an old codger now, I’m getting past my sell by date guys!

“You’ve got to applaud the young uns without a doubt.”