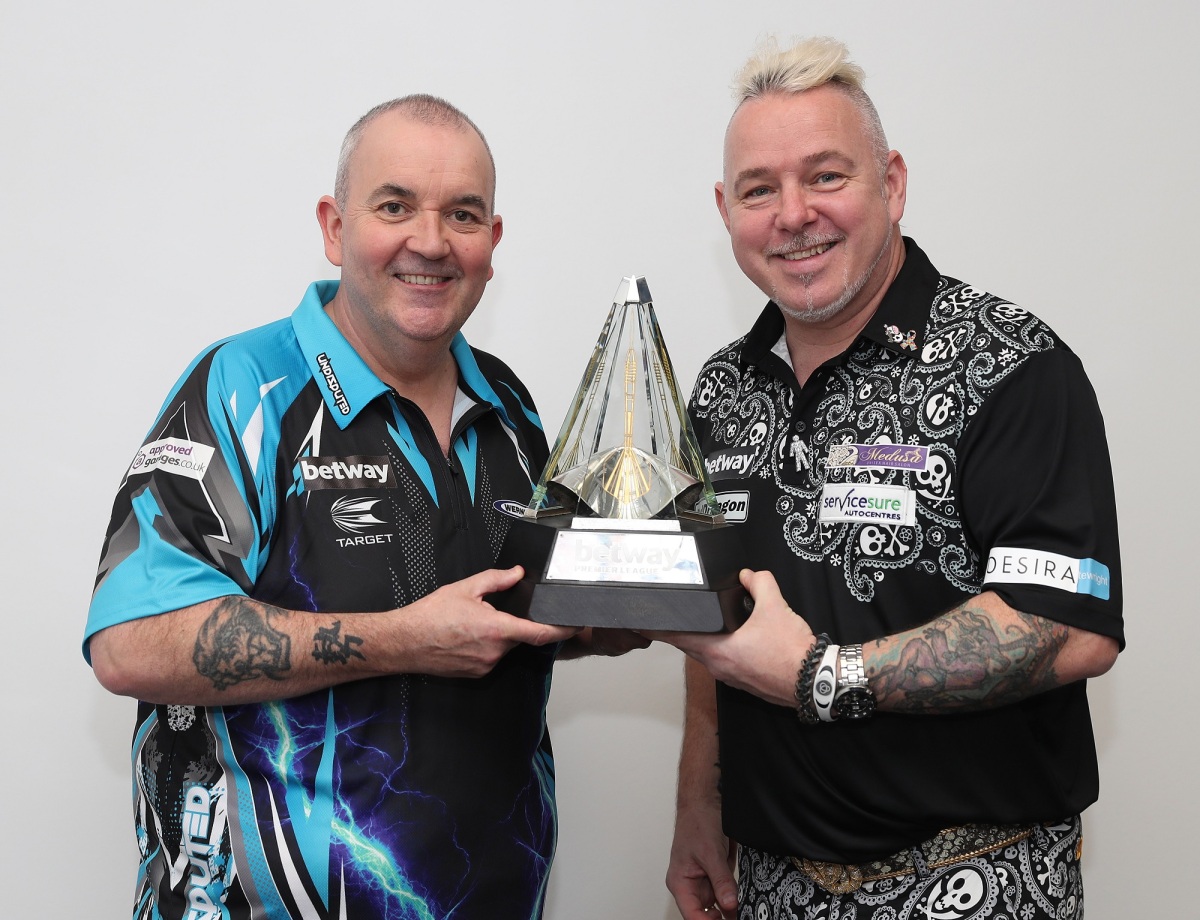 Phil Taylor says winning the Betway Premier League tonight would be the ‘perfect way to finish’ his career in the tournament.

The 16-time world champion is one of four players, along with defending champion Michael van Gerwen, Gary Anderson and Peter Wright, chasing the £250,000 first prize at The O2, in London this evening.

Taylor is competing in his final night of Premier League action as he heads towards retirement at the end of the year, bringing the curtain down on the most successful career in the event’s history.

Despite those years of dominance, Taylor has lost out to van Gerwen in two finals since and enters the play-offs tonight as the outside favourite.

He faces world number three Wright in their semi-final, but is in a relaxed mood as he chases a record seventh Premier League title.

“Getting into the top four has been the aim all year so I’m delighted to have got through and I’d love to go on and win this now, but there’s no pressure on me,” Taylor said.

“Peter’s been in brilliant form all year so I know what to expect, but this is his first time in the semi-finals so I don’t know how he’s feeling.

“I’ve approached the whole season in the same way and I’ll go up there to enjoy myself. It would be fantastic if I could win this title again, the perfect way to finish in the Premier League.”

Wright, who finished second in the Premier League table at the end of the regular season last week, will be making his debut in the play-offs this evening.

The Scot is in a confident mood having won seven tournaments so far in 2017, including his first televised major at the UK Open in March.

“I’ve been close to the play-offs before but I’ve made it this time, and I want to go and win the Premier League now,” he said.

“To be in the top four alongside Phil, Michael and Gary is immense and I’m really happy with how the season has gone.

“I’m still learning and there are times this year that I’ve changed things to improve too. I’ve learned a lot over the years and I know how to beat people now, especially Michael because he’s the man we all want to beat.

“You have to believe in your own ability and that what you do on the practice board you can do on the stage against him and anyone else in the world.”