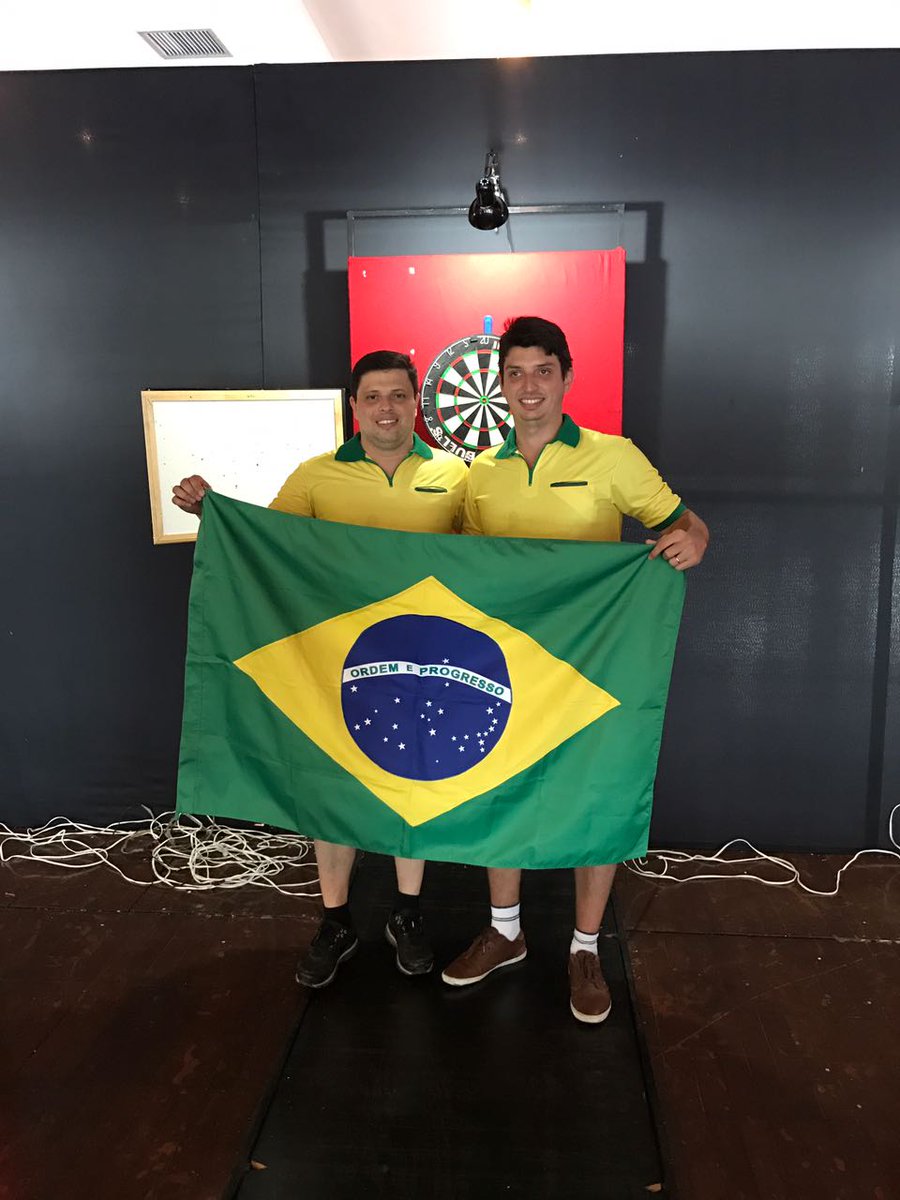 Darts fans will get the chance to play against the Brazilian duo Diogo Portela and Alexandre Sattin ahead of their debut in the Betway World Cup of Darts next month.

Portela and Sattin, who will be representing Brazil in the PDC televised tournament in Frankfurt in two weeks, are hosting a warm-up event in London on Bank Holiday Monday (May 29).

The event is free to attend and there will be a draw on the day to play against the duo, as they make their final preparations before flying out to Frankfurt to compete in the 32-team World Cup in Germany.

The event will be held at: Plumstead Common WMC, 71 Kirkham Street, Plumstead, SE18 2JS and starts from midday.

If you would like to play against Team Brazil, please send the names of your team members (pars) to: paul@dartsperformancecentre.com