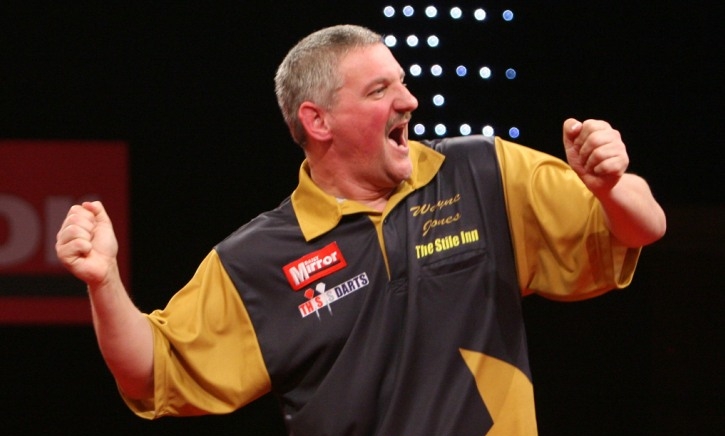 Former major finalist Wayne Jones remains on course to win back his tour card onto the main PDC circuit next season.

The 2010 European Championship runner-up dropped off the PDC tour at the end of last season, but has made an impressive start to life on the PDC Unicorn Challenge Tour in 2017.

After the third of five weekends on this year’s tour, Jones sits at the top of the Challenge Tour Order of Merit and is well placed to earn a two-year tour card onto the main PDC circuit in 2018.

The top two players on the Order of the Merit at the completion of the 20th event will earn automatic two-year tour cards, with Jones and Aaron Dyer currently occupying those coveted places after 12 of 20 events.

Luke Humphries, one of four different winners on the third weekend of the tour, is in hot pursuit of Jones and Dyer in third place.

Peter Jacques (joint 6th), Robert Rickwood (joint 6th) and Nathan Aspinall (9th) were the other event winners in Milton Keynes at the weekend, and they are all in strong positions heading into the penultimate weekend of the tour next month.