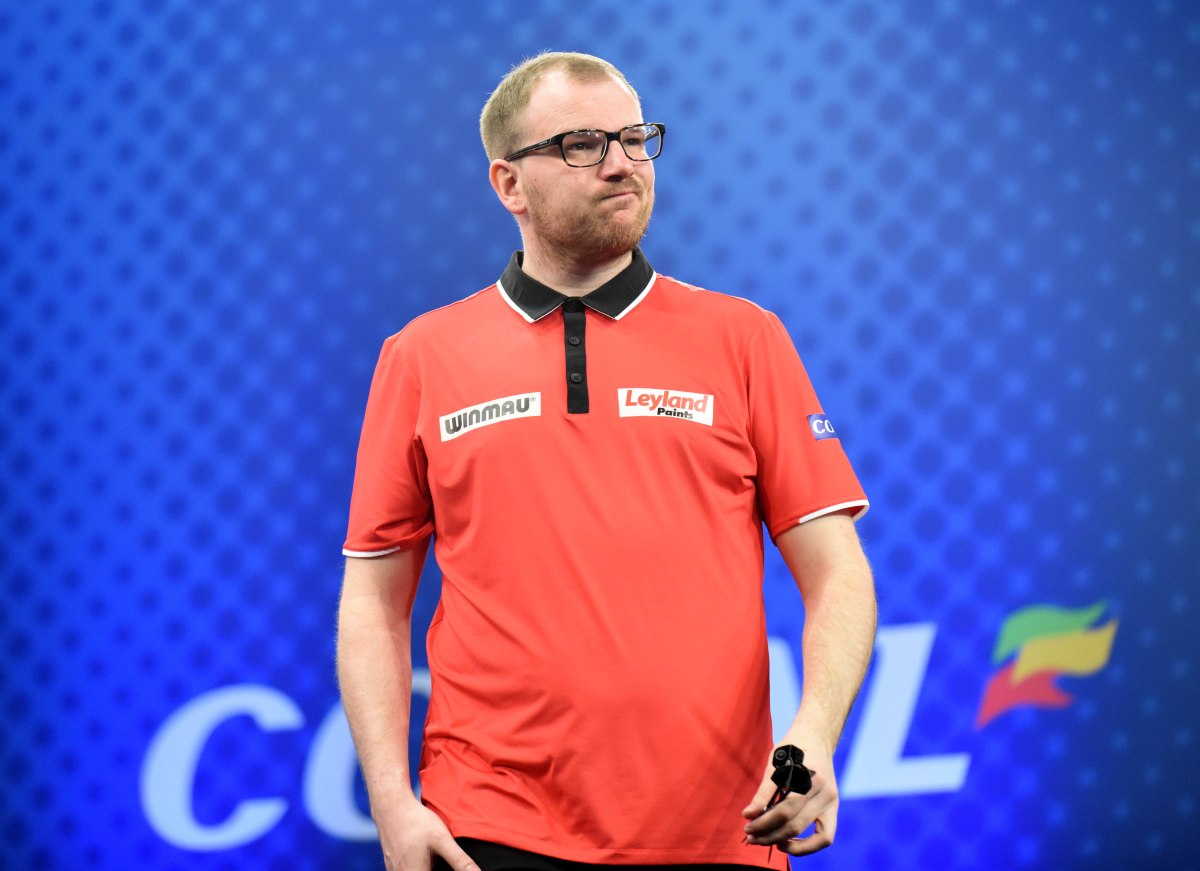 Mark Webster has said he is ‘really struggling’ with dartitis following his heated win against James Wade in the HappyBet European Darts Grand Prix today.

The former BDO world champion prevailed 6-5 against Wade in their second round clash in Sindelfingen, but Webster cut a frustrated figure as he struggled at times to release the dart.

And in his post-match interview on stage after the win, which saw the two players exchange a war of words at the end, Webster opened up on battle with dartitis.

“It’s difficult in a sense, I’m really struggling, it’s dartitis,” the 33-year-old said. “I struggle with it. I’m all over the shop, maybe it puts players off, but it’s not (done) intentionally.

“It’s awful. I’ll take wins and I’ve got to play through it. If I can pinch a win here and there I’ll take it.

“I’m concerned about my attitude, but when you’re playing through it (dartitis) if you can take some positives then you’ll take it.”

Webster, who won the BDO World Championship in 2008 before switching over to the PDC in 2009, has been battling against dartitis for the last few years, with five-time world champion Eric Bristow suffering with the condition during the late 1980s.

During the early stages of his last 32 tie with world number five Wade earlier today, Webster nonchalantly threw a couple of darts away as he battled against the dartitis, a move which angered his opponent as the two exchanged words at the end of the game.

“I was a bit frustrated,” Webster said. “At the beginning I threw a couple of darts away. He (James) was a bit annoyed with that, but it’s his job to jump on that.

“He’s having a go at me at the end there, I’m sure we’ll sort it out. I’m not playing well, I’m dragging players down, that’s what I do at the minute I’m afraid.

The European Darts Grand Prix concludes tomorrow, with Webster taking on Jelle Klaasen in a battle of the former BDO world champions in the last 16.