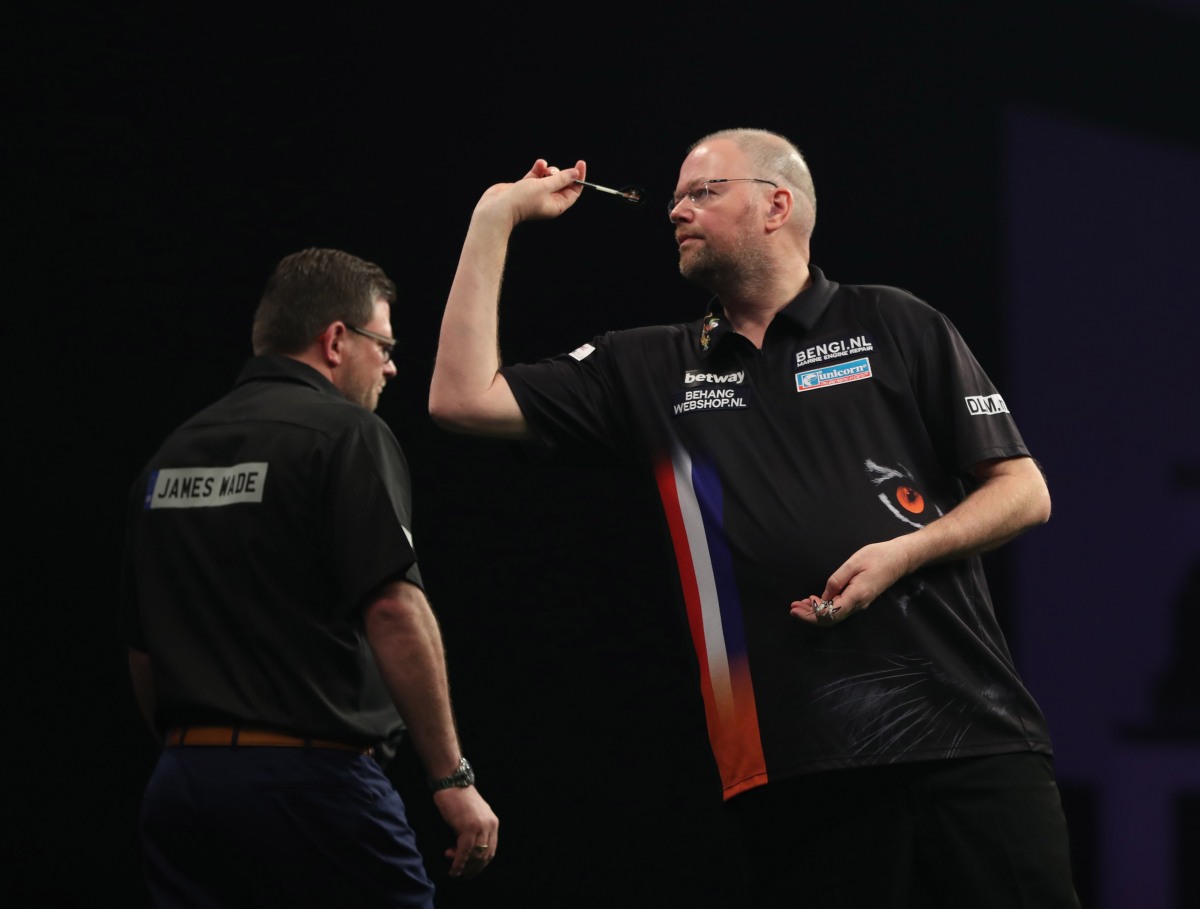 Raymond van Barneveld can become only the second player in history to reach 200 points in the Premier League when he plays twice in Dublin tonight.

The 2014 Premier League champion is currently on 197 points in the All-Time Points table for the tournament, and can reach the milestone by picking up three points from his games against Phil Taylor and James Wade this evening.

Van Barneveld has been an ever present in the Premier League since joining the PDC in 2006, and has reached the play-offs in eight of his 11 seasons in the competition so far.

The Dutchman has won his last four matches in this year’s event, beating Jelle Klaasen, Gary Anderson, Michael van Gerwen and Wade in consecutive weeks and sits in third place in the current table on 12 points.

Phil Taylor has accrued the most points in Premier League history, with the six-time winner amassing 276 points so far, while van Barneveld’s 197-point haul is the second most in the tournament’s history.