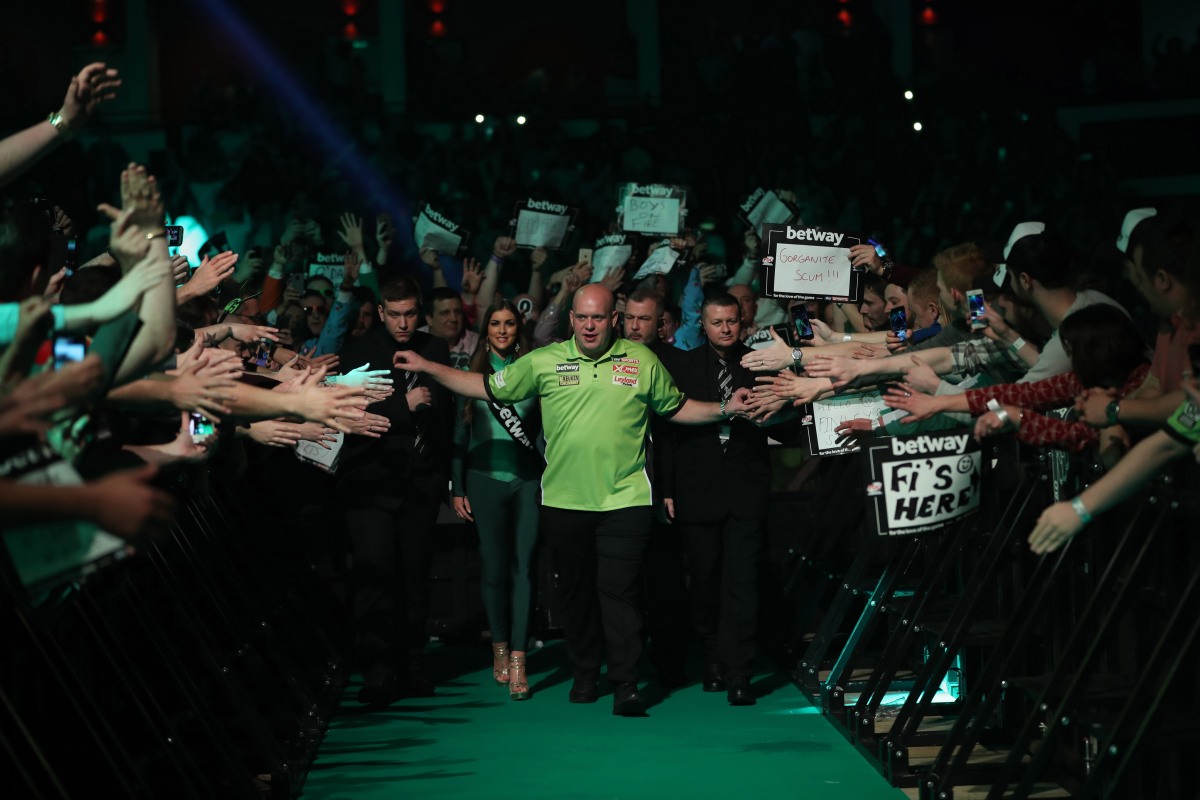 Michael van Gerwen insists there is plenty more to come from him in this year’s Betway Premier League.

The world number one sits at the top of the table heading into the start of the second phase of the tournament tonight, which sees him take on James Wade at the 3Arena in Dublin.

The Dutchman is in a confident mood after thrashing Dave Chisnall 7-1 in Cardiff last week, a result that put him back into top spot and one point ahead of Peter Wright.

“I’m feeling good and I’m top of the table, and I want to carry on with these performances,” said van Gerwen.

“I’ve played okay so far this season but there’s more in the tank to come and I’m going to need it later in the tournament.

“I’ve got to make sure I focus on the game with James and I want to get another two points in front of a great crowd in Dublin.

“I’ve got great memories there and I want to keep believing in myself and keep my performances going.”

Van Gerwen has a perfect record in the Premier League in Dublin, with five victories from his five matches played in the capital of Ireland, including two wins over both Adrian Lewis and Raymond van Barneveld in recent years.

After taking on van Gerwen in tonight’s opener, Wade returns to the stage to face van Barneveld in the final game of the evening and the 2009 Premier League champion will need a minimum of two points tonight to keep his fading play-off hopes alive.