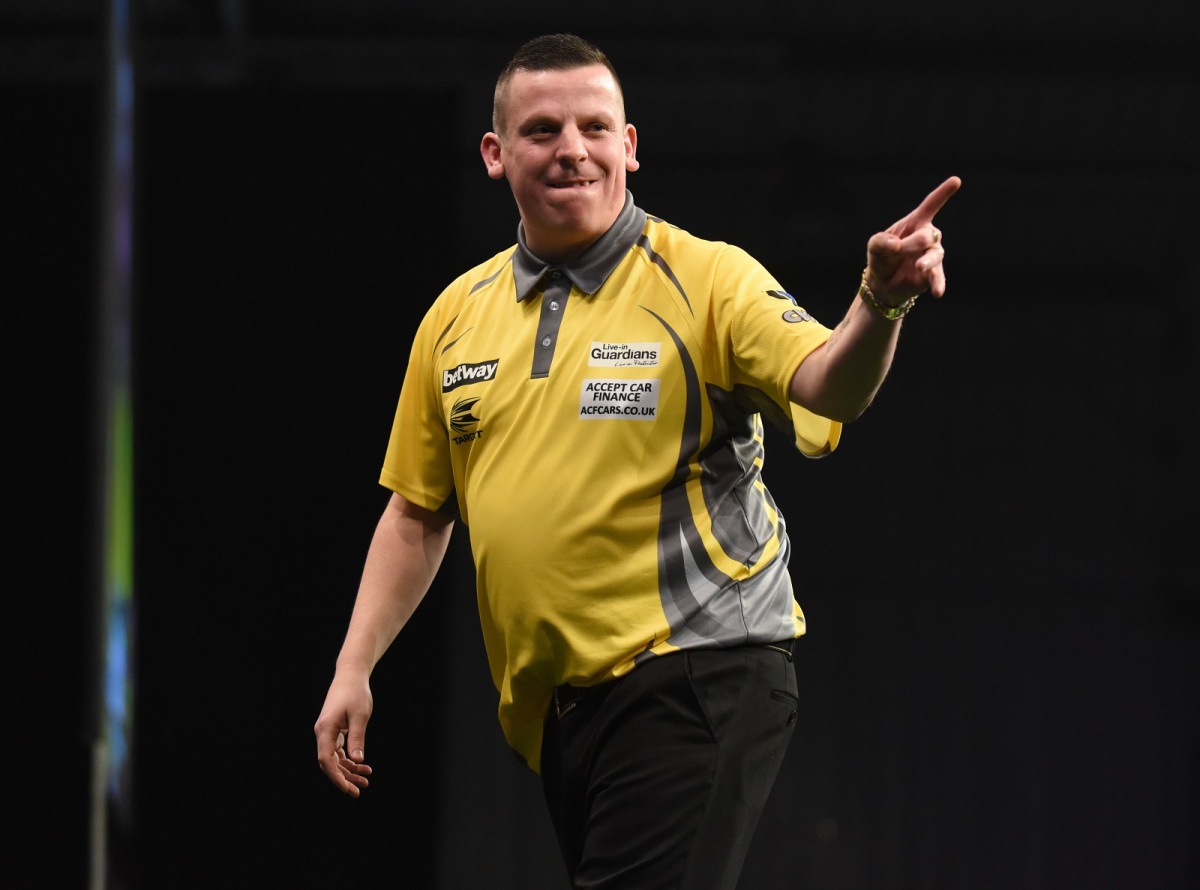 Dave Chisnall says his Betway Premier League play-off hopes are in his own hands heading into tonight’s clash with Peter Wright in Dublin.

Following the eliminations of both Jelle Klaasen and Kim Huybrechts last week, Chisnall now sits at the bottom of the pile in eighth place going into the second phase of the season.

Chizzy is five points adrift of the top four ahead of facing world number three Peter Wright, who is only one point behind league leader Michael van Gerwen in second spot.

“It’s a massive night for me,” said Chisnall. “If I can get a result I believe I can get on a good run to put the pressure on the others.

“I haven’t been playing that badly but it’s been frustrating for me, but it’s still in my hands and I’ve got to get the results.”

With players anticipated to need around 19-20 points to finish in the top four and qualify for the end of season play-offs, Chisnall will realistically have to pick up 13 points from his final seven games to stand a chance of qualifying for The O2 next month.

While Wright will be bidding to put another two points on the board, which could be vital ahead of facing the world’s top two players van Gerwen and Gary Anderson in Liverpool next week.