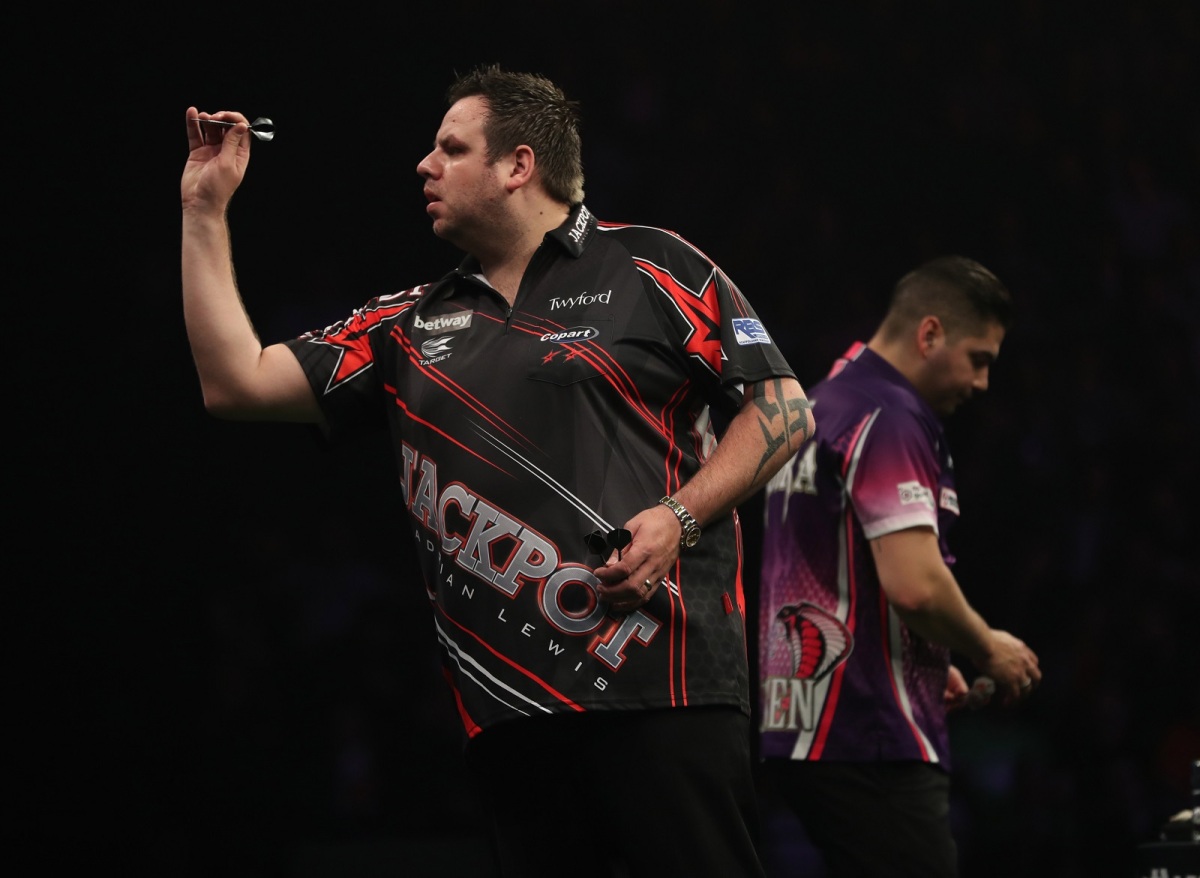 Adrian Lewis and Gary Anderson will both be aiming to steal a march on each other when they do battle in the Betway Premier League tomorrow evening.

The duo have met in two previous PDC World Championship finals at Alexandra Palace, but their next meeting, at the Motorpoint Arena in Cardiff, will have Premier League points on the line this time round.

Both players are locked together on nine points after eight games each, with Anderson just ahead of his rival in the table by virtue of a superior legs difference.

Lewis is looking to extend his three-game winning streak in the competition when he takes on the world number two tomorrow night.

“I just go up there and try my best, and at the moment the results are coming even if I’m not at my best.

“I’ve had three wins on the trot and I want to keep that going now.”

Lewis prevailed 7-5 when the two met in the 2011 PDC World Championship final, while Anderson reversed the scoreline in his favour in the second world final decider between the pair in 2015, and the Scot is predicting another entertaining contest in Cardiff.

“The games usually get built up but Adrian’s back playing how we know he can,” said Anderson.

“He’s a good friend of mine and he has me in stitches all the time, laughing about things, but we’ll go up there and the best man will win on the night.

“I’ve had lots of draws and games I could have won. I’m trying to get more time on the practice board and I’m going to put the work in.”