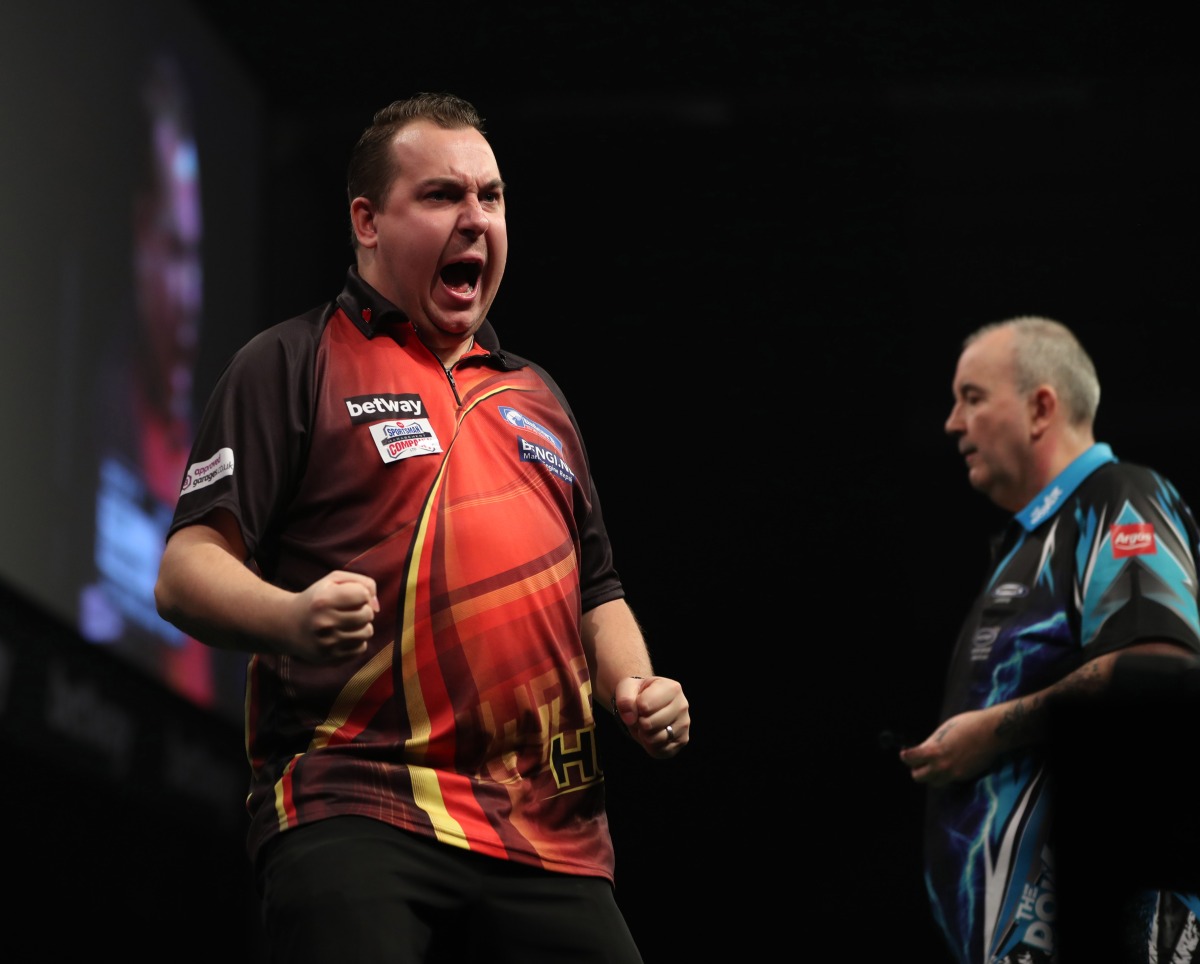 Kim Huybrechts says he felt disrespected by Phil Taylor following their 6-6 draw in the Betway Premier League on Thursday night.

The Premier League returned to the Brighton Centre for the first time in two years this week, a venue in which Taylor has only lost once at in nine previous visits.

But for only the second time in his career, the 16-time world champion left the East Sussex venue without a victory.

Huybrechts, who had started the night in the bottom two, climbed out of the elimination zone with a 6-6 draw against Taylor, and he could very well have been celebrating a first televised win over the 56-year-old, had he not spurned three match darts in the final two legs of the match.

Taylor, trailing 6-4, looked to be heading for his first defeat in this year’s Premier League, but at the vital moment, Huybrechts’ finishing deserted him.

The Belgian had fired in checkouts of 110 and 140, as well as two 87 finishes, to take command, but missed three match darts to topple Taylor.

In his post-match interview with Sky Sports, the Belgian conceded he had missed a trick in not picking up two points.

“I should have beat him. I gave it away. Yeah, I am annoyed.

During the match, Taylor twice declined to set up, or attempt, a shot at the bullseye, with his opponent on a finish on both occasions.

The second of those instances came in the 11th leg, with Taylor turning down a shot at the bullseye, with Huybrechts then returning to the board and missing double eight for a match-winning 136 checkout.

Huybrechts insists Taylor’s tactics did not affect him, but did feel disrespected by the six-time Premier League champion’s antics once the match had finished.

“I was very nervous for the 56 (finish to win the match in the last leg). I was nervous throughout the whole game.

“And the way the game ended really annoys me. The way he reacted at the end, was again similar to how he reacted) after the worlds.

“It’s a stupid thing, but not being able to sign the board, I think it’s a bit of disrespect.”

Huybrechts and Taylor played out one of four draws 0n the fourth night of the 2017 Premier League.

Unbeaten Michael van Gerwen defied an inspired Adrian Lewis, who fired in an excellent 170 finish to lead 4-2, to draw 6-6.

James Wade also kept his unbeaten record in tact, despite throwing away a 5-1 lead. The Machine drew 6-6 with Gary Anderson, in a match which saw the Scot battle back from 5-1 down to lead 6-5 going into the decider.

The final game of the night saw Peter Wright and Raymond van Barneveld also share the points, with Barney clinching the last two legs, the second of those via a 140 checkout to earn a draw.

Jelle Klaasen was the only winner of the night, beating Dave Chisnall 7-3 to earn his first win of the season.