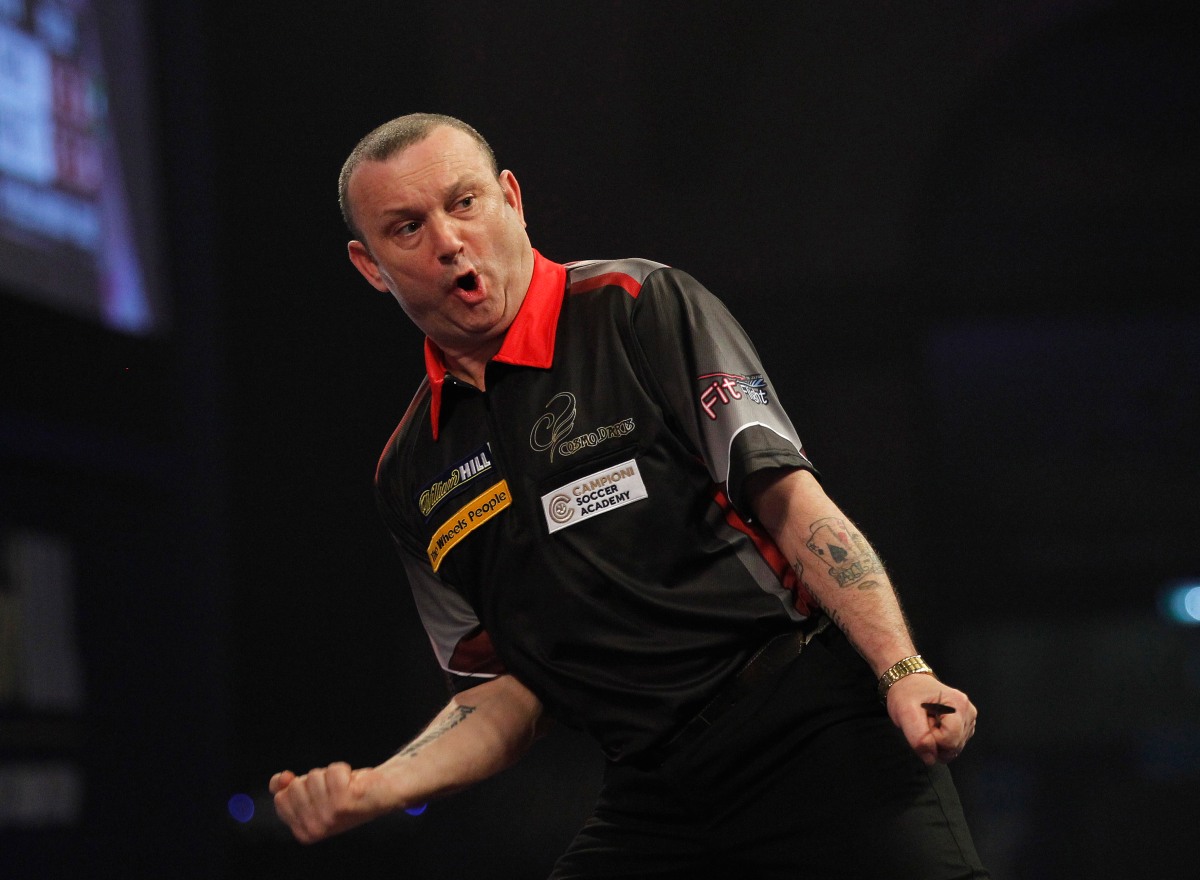 Today we see another six matches which will determine the quarter-final matches on Friday.

Personally one of the more entertaining matches on paper are the opening two games with Webster and Gurney followed by Chisnall and Klaasen.

The afternoon session sees the odds closer, with a win treble of Gurney, Chisnall and Wade paying a little over 5/2 with most firms as a short price favourite guide.

Gurney and Webster kick off the session, where the Northern Irish maestro has bossed the last two meetings over Webby although he leads the head to head 3-2 overall.

Both players have demonstrated true grit during their performances so far, which saw Webster knock out Suljovic in a seven set thriller despite leading the game pretty much throughout.

Gurney’s game over Thornton was a quick fire game which saw the Northern Irish thrower over the line with a modest 95 average.

The odds imply the game should go six sets with Stan James top price at 4/6 implying a 60% chance of happening.

Webby smashed in eight maximums over Suljovic and is 10/11 generally to hit six or more.

Both players are generally effective on the checkouts and there is some variation in the line.

Betfair sportsbook are 6/5 on a 122 or better checkout which compared to the lines has a much fairer chance of landing than the line out at 134.5.

I do think the game could go some distance, which elevates this from possibly landing.

Dave Chisnall will be looking to better his 2016 World Championship last 16 by beating Jelle Klaasen, and is 4/6 generally to land this, with the Dutch thrower at 11/8.

The head to head favours Klaasen, leading 5-3, with Chisnall edging out Jelle 10-9 at the Players Championship Finals last month.

Looking at the game in general both players can be frail on the double finishing, which has blocked them from making that next step up the rankings.

Both are capable on their day and we saw signs of Chisnall over Dobey, and Klaasen was fortunate with some opportunities that Dolan allowed him. I do think the 180 line is set high, but do not really go with much else on this!

Wade and Michael Smith see out the session, where Wadey is the firm 3/8 favourite with Smith out at 5/2 and for good reason. Wade has a good record against Bullyboy and leads the head to head 6-2 and has beaten Smith in all of the last five meetings.

Wade played excellent in his win over Beaton for the first three sets before tailing off from a 106 average down to a 99.39 average remaining never to have hit a 100 average at the World Championship.

I was looking at the Wade checkout line, but then trying to determine the length of the match to assess viability has put me off.

Wade looked unstoppable in those three sets, and with the scoring of Michael Smith will be his core strength and the volatility of Smith in the last year is difficult to determine which Smith will show up.

Into the evening session Ian White has had to wait the longest to discover his third round opponent, which was confirmed as Peter Wright after he wiped the floor with Jamie Lewis 4-0.

White did not look too tested beating Clayton to a below par 92 average but will need to up his average a good six points or more to have any chance of upsetting Wright.

The last meeting with any depth in format was the Matchplay over the summer which saw White fire in the maximums there despite losing 11-6.

With a lack of markets available at the time of going to press, markets I would usually consider are unavailable, so am happy enough to leave this be.

Phil Taylor will be looking to continue his progression into this event with a meeting with Kim Huybrechts. The pair have met eleven times, with Phil winning all but one, having beaten the Belgian ten times.

They met at the World Championship back in 2014, where Huybrechts had chances to see Taylor off.

The Power is around the 1/4 mark to win with Huybrechts 7/2. Kim said in his interview win over Max Hopp he would not be worried about Taylor and would be playing the board.

Wayne Mardle responded in the studio shortly after that he suggested towards the end, what Kim was saying was nonsense to some of Kim’s comments of his focus towards the next game.

My target price for Taylor to hit the first 180 has not been met, so will be left alone on this occasion and has been difficult to find anything of any substance that is worth taking.

Although a short price, Taylor to hit the highest average versus Huybrechts does look solid at 2/5 especially over the longer format!

To round off the evening and quarter-final lineup will be a repeat of the Players Championship Finals semi final last month, which Darren Webster gave Michael van Gerwen a real scare in having led 6-0 in a race to 11.

The pair have met 11 times seeing MVG having lost just the once. Looking at how MVG was scared by Reyes in the last round, Webster will not be phased by MVG and we must look at a Webster market to find anything here.

Prices correct at time of publication