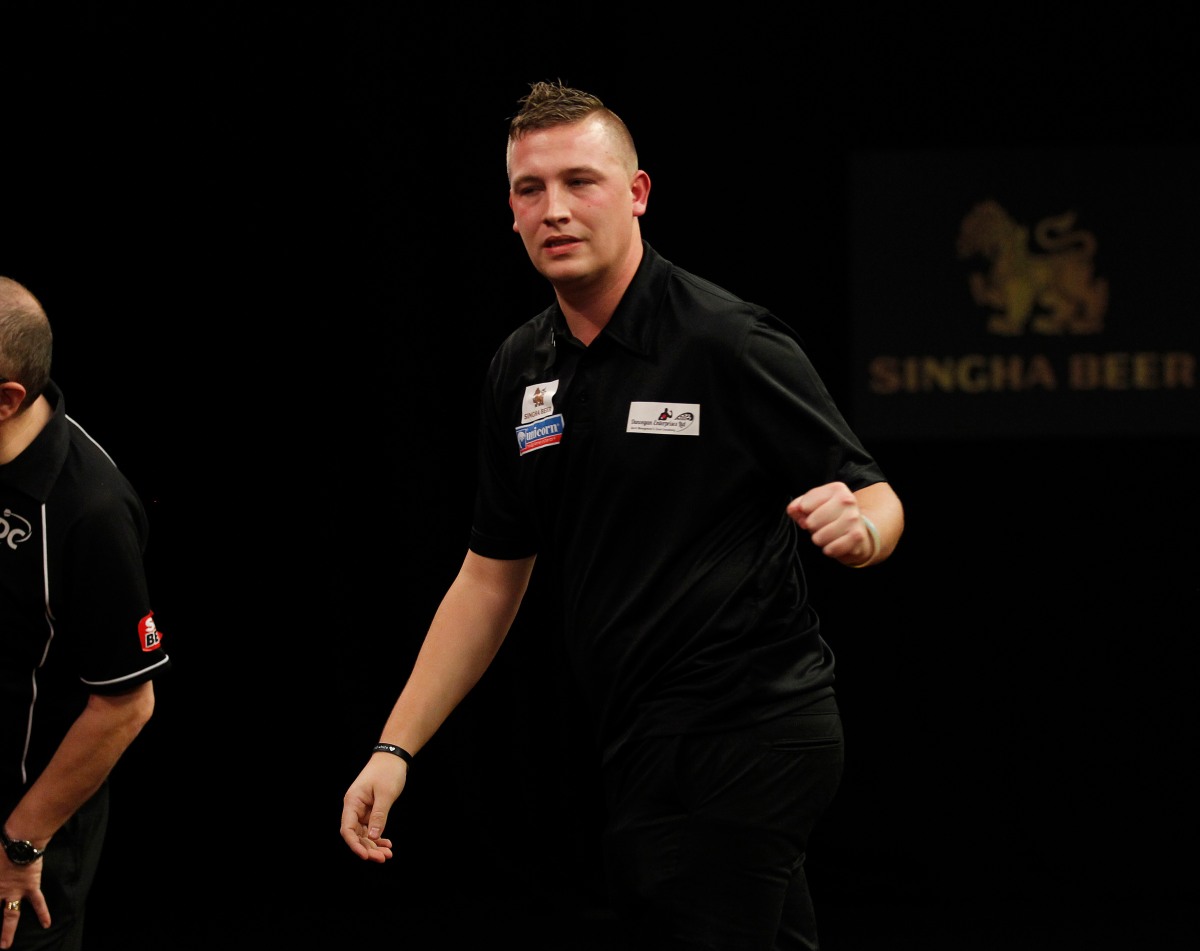 With another eight matches on the card today, Phil Taylor is the biggest name competing and goes on last to face the winner of the third preliminary round match between David Platt and John Bowles.

Justin Pipe and Chris Dobey stand out for me. Fellow darts writer and good friend Carl Redden has known Dobey for sometime and he said to me we are now witnessing the emergence of a great player.

Dobey has matured into an excellent player and is rising fast up the PDC top ranks, while his opponent today Justin Pipe is sliding down the rankings towards the wrong end of the top 32.

Dobey’s excellent run to the Grand Slam of Darts quarter-finals demonstrated his temperament and nerve under pressure.

I was told Dobey is a top prospect and have begun to see this. Pipe has looked steady at best over the past couple of seasons and steady just won’t do in the PDC anymore and his position in the game’s top 32 is in jeopardy.

Dobey is a narrow favourite at 13/15 but the slow pace of Pipe is a factor, but I think the emerging talent versus a Pipe who looked to be beating himself up at events leading up to the World Championship breeds real confidence issues.

Mark Webster and Joe Murnan should be closer than the odds imply with Webby at 4/6 and Murnan at 11/8.

Webster has not has the best of years on the circuit and his known issues with dartitis is a concern where you see him throw.

I did say on my blog bulletin last year that Webster appeared to have the demons out of his system, which led to an excellent end to 2015.

With two quarter finals in 2016 at the UK Open and a European Tour event, Webby would sum up that there was room for improvement.

Murnan has not had the best of seasons either, but will look to recapture the magic of knocking out former finalist Andy Hamilton last year.

To pick a bet out I will be going with Murnan on the checkout markets, as I see this game going more than three sets.

Sponsors William Hill and bookmaker Winner both set the line at 100.50 at 5/6 and I see this taking place. Murnan managed a 112 checkout in beating Hamilton last year and is not known as a usual high finisher, but with many comfortable finishes available will have a fair chance of coming in.

In the evening session Darryl Gurney will take on rising star Jermaine Wattimena in a game where Gurney has a the advantage of 3-0 in the head to head.

Wattimena showed what he is capable of at the Players Championship Finals, but lost out to Brendan Dolan.

Gurney is priced on reputation, but certainly has experience on the bigger stage and I expect him to come through, but it will not be easy.

I also expect Alan Norris to return to the big stage, where he made a great impact last year, with a win.

Norris plays John Michael in a game, where I expect Norris to win with some comfort.

With some insurance Norris to win by more than one set appeals for a nice even money Sunday night wager with a Gurney win!

Prices correct at time of publication