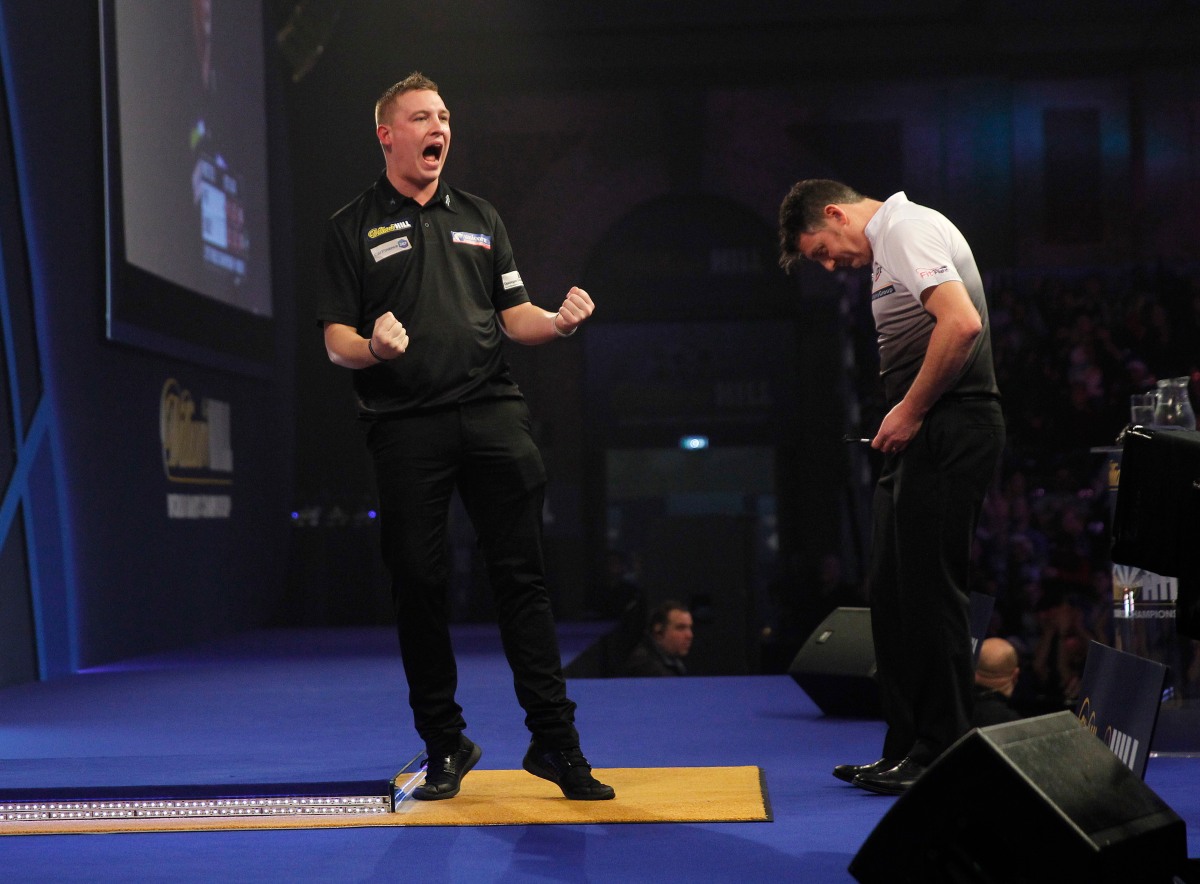 Chris Dobey made a winning start to his debut campaign at the William Hill World Darts Championship after beating Justin Pipe 3-1 in the first round this afternoon.

The 26-year-old fired in three 100 plus checkouts on his way to recording a 3-1 victory in sets over the 26th seed Pipe, who has now lost in the first round on his last three visits to the Alexandra Palace.

Having reached the quarter-finals of the Grand Slam of Darts last month, Dobey’s breakthrough year on the PDC circuit continued with this assured display against Pipe.

“It’s what dreams are made of,” said Dobey, who is provisionally up to a career-high 42nd on the PDC Order of Merit.

“I was so relieved to get over the finishing line. I know how well I can play and I’ve got more in the tank, but it was always going to be hard against Justin.

“I just need to keep playing my game and I’ll play it match by match. Everybody wants their name on that trophy and I’m ready for it.”

Dobey will take on either seventh seed Dave Chisnall or Rowby-John Rodriguez in the second round.

Elsewhere this afternoon, 14th seed Ian White booked his place in the last 32 with a 3-0 win against preliminary round winner Kevin Simm.

Simm had earlier beaten Gilbert Ulang, of the Philippines, 2-0 in the preliminary round to set up a first round clash with White.

Despite reaching the quarter-finals in 2014, the Alexandra Palace has been an unhappy hunting ground for the Diamond, with the 46-year-old bowing out in the last 64 in three of his previous five World Championship campaigns.

There were no such problems this time though for White, who after winning the first set 3-1 capitalised on three missed doubles from Simm to snatch the second set with a 130 checkout.

White then also claimed the third set in a deciding leg to record a 3-0 win in sets over the PDPA Qualifier and set up a second round clash with Jonny Clayton.

The 25th seed had lost in the first round only twice in his previous 10 World Championship appearances, and hit nine out of 11 doubles to see off Murnan in straight sets.

“I’m pleased with how it went,” the former Premier League player said.

“The first round is always hard. It is almost like a completely different tournament. You just want to be in for Christmas so I’m happy I’ve done that.

“I’ve been trying different things with my throw and the rhythm was great. My doubles went really well but I know I need to improve my scoring but overall I’m happy.”

Webster will take on eighth seed Mensur Suljovic or Ron Meulenkamp in the last 32.