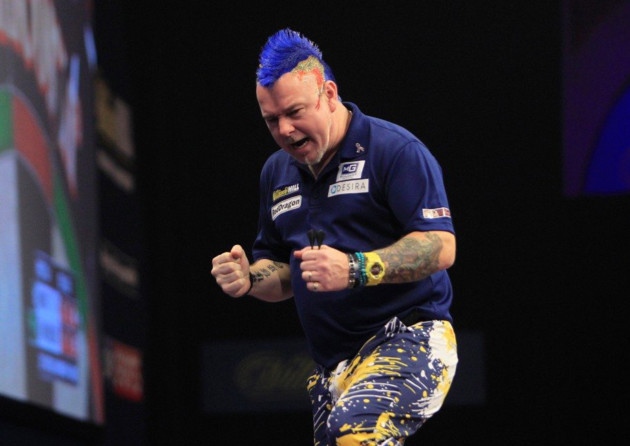 Peter Wright starts his latest bid for a first major title when he takes on either Jerry Hendriks or Warren Parry in the first round of the William Hill World Darts Championship tonight.

It has been three years since Snakebite announced himself on the world stage, going all the way to the World Championship final before he was edged out by Michael van Gerwen.

And while final defeats against van Gerwen have been a common theme for the Scot in the years that have followed, Wright has established himself as one of the main contenders for any tournament he enters.

Now up to a career high number three in the PDC Order of Merit, Wright has benefited with the rise in rankings with a more favourable draw than fourth and fifth seeds Phil Taylor and Adrian Lewis for this year’s World Championship.

Wright will be last on tonight, he takes on the winner of the preliminary round game between Holland’s Hendriks and Warren Parry, of New Zealand.

Hendriks is making his first appearance at the Alexandra Palace for four years, his last and only campaign saw him knock out Wayne Jones 3-0 and then lose to eventual champion Phil Taylor 4-1.

For Parry tonight will end a seven-year hiatus for him from the PDC World Championship, with his previous three appearances all ending in defeats at the first hurdle.

Hendriks and Parry have never played a preliminary round game in their previous World Championship campaigns. Whoever can settle in quickly to the best of three sets encounter could prove to be crucial.

The second match of the night is an all-Welsh tie between 19th seed Gerwyn Price and Jonny Clayton.

Price has enjoyed a meteoric rise in the PDC since winning a tour card at Q-School at the start of 2014, but in his two World Championship appearances so far has yet to win a set.

Clayton came through Q-School the following year on the final day and has climbed into the top 64, with some strong runs in the Players Championship events earning him his debut at the Alexandra Palace via the Pro Tour Order of Merit.

Price has far more experience on the big stage than his fellow countryman, but Clayton has shown on the European Tour this year that he is not someone who cares about the reputation of players ranked above him.

Beaton, seeded 27th for the tournament, will be playing in his 26th consecutive World Championship, while Petersen makes his first appearance at Alexandra Palace for three years.

Petersen’s last World Championship campaign saw him beat both Beaton and Justin Pipe to reach the last 16, a round which Beaton himself has not appeared in since 2004.

Beaton enjoyed a memorable run to the quarter-finals of the World Matchplay in the summer and will be hoping to replicate that form on the biggest stage of all this year.

Petersen has found matches on TV few and far between in the last 18 months, but a good run in the World Championship could be the catalyst for a breakthrough year in 2017.