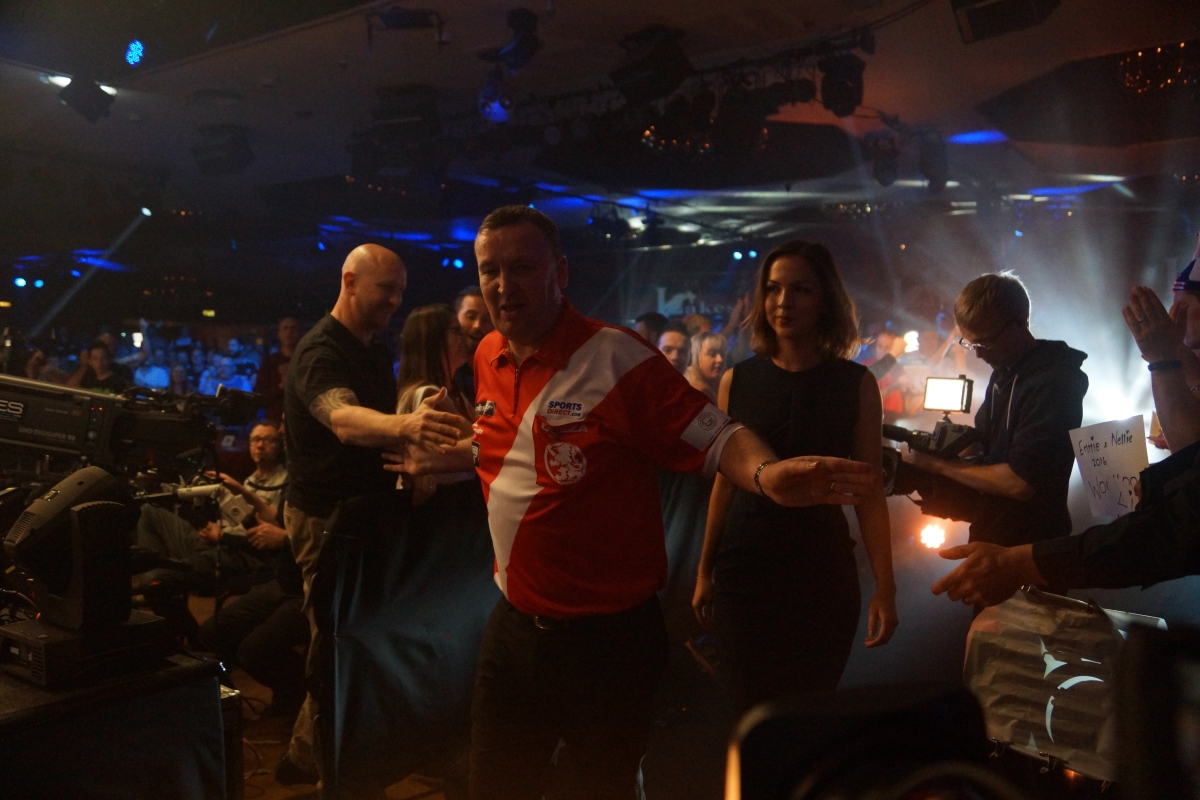 Glen Durrant heads into what he describes as ‘the unknown’ when he makes his long-awaited debut in the Grand Slam of Darts this weekend.

The cross-code tournament, which features players from both the PDC and the BDO, resumes for its 10th staging on Saturday, with the current BDO number one set to feature for the first time.

And for Durrant, who qualified through winning the Winmau World Masters last year, it is a tournament which he cannot wait to sink his teeth into.

“I’m really excited for the Grand Slam,” he said. “I’ve got that feeling, like the first time playing at Lakeside, to be honest with you, where it’s just genuine excitement.

“I want to go and sample the full experience, and if that means playing one of them two then so be it.

“I’ve watched with total admiration van Gerwen win last week and when Taylor won (the Champions League of Darts) a few weeks back.

“I really admire what the PDC boys are doing.”

The Grand Slam is one of the most popular tournaments on the darting calendar as it gives darts fans a rare opportunity to watch players from the two codes play against each other on TV.

In the previous nine years of the Grand Slam, a BDO player has only managed to lift the trophy once, with Scott Waites’ comeback win over James Wade taking place back in 2010.

A change in the qualifying criteria for the BDO’s players this year has resulted in arguably the organisation’s strongest line-up of players in the event’s history.

Along with BDO number one Durrant, three former world champions in Waites, Martin Adams and Scott Mitchell, will also be representing the BDO in Wolverhampton this weekend.

“Barring probably Dean Reynolds, who is the form man in the BDO, it’s the strongest eight they could have sent,” Durrant said.

“I hope we do the BDO proud. No one is under any illusions of how tough it’s going to be against these guys who are on the PDC circuit week in, week out.”

It has been yet another trophy- laden year for Durrant on the BDO circuit, with triumphs coming all across Europe, and naturally, with all that success, talk about a possible switch across the darting divide is never too far away.

“I’ve got a big decision to make after Lakeside,” the 45-year-old said. “I think I have made that decision now, so this (the Grand Slam) is a real benchmark for me to see where my game is at.

“There’s lots of reasons why I’m looking forward to this competition.

“I think I’ve proved my worth in the BDO. I know I can go there and win a competition, but how well can I do against the big boys in the PDC?

“Only time will tell for that. I think that’s what I’m most looking forward to is putting my skills up against the skills of the best players in the world.

“It’s nothing but admiration. You won’t ever get me slagging off the PDC because the product they have produced is absolutely marvellous.

The next few months could be pivotal in the career of Durrant, who, after making his bow in the Grand Slam, will attempt to defend his World Masters title at Lakeside early next month.

A return to Lakeside the following month for the World Championship will give the Teesside thrower another chance to end his search for glory on the Frimley Green stage.

Could those two tournaments be the last time we see Durrant on the Lakeside stage?

A switch to the PDC could be in the offing for Durrant, but as he eludes to, it is a decision which is one that is not going to be taken lightly.

“I’ve always found it difficult to try and balance going to work and doing the PDC,” he said.

“To try and play against van Gerwen and Taylor when that week I’ve done 40 hours at work has possibly been the decision behind it.

“But I’ve got to balance that with the case of: will I regret it down the line thinking how well would I have done? Would I have achieved anything?

“There’s definitely a benchmark I’m looking for. There’s a wonderful scenario where I go there (to the Grand Slam) and do well.

“And there’s a shocking scenario where I totally let myself down. It’s that little bit of unknown where I don’t know how well I’m going to do.”

Whether Durrant does go on and make the switch to the PDC or not, it is clear to see he intends to make the most of his first taste of the Grand Slam this week.