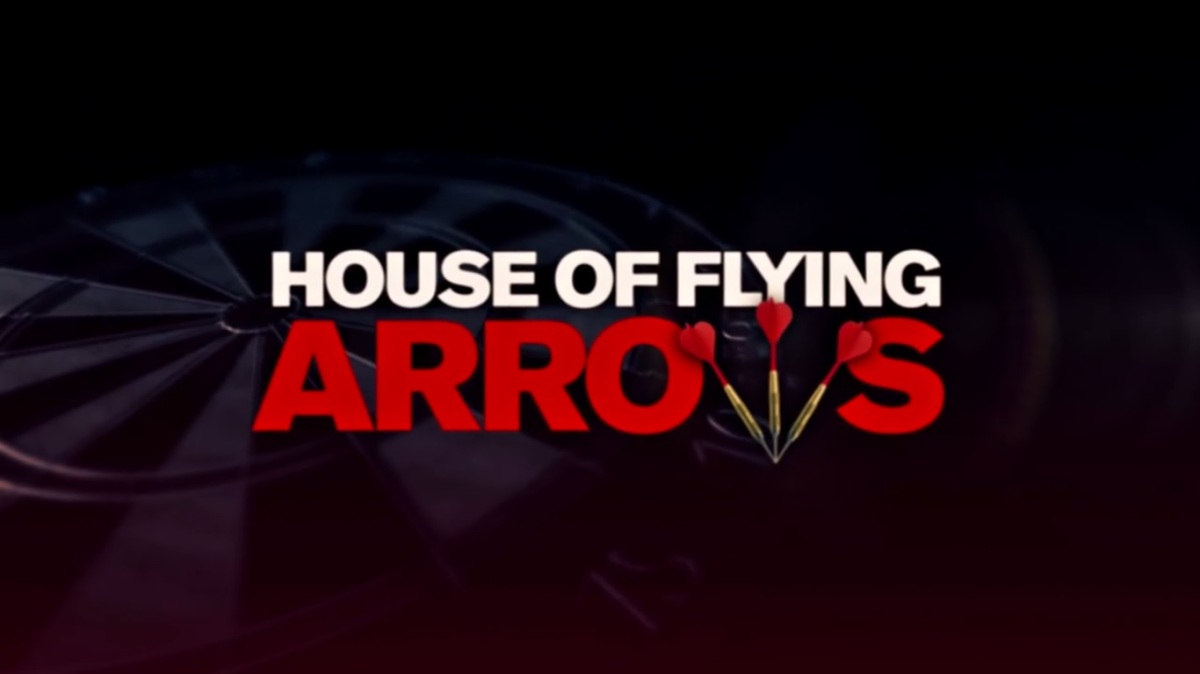 HOUSE OF FLYING ARROWS, a brand new feature documentary chronicling the unprecedented rise of darts from the backroom of pubs to one of the UK’s fastest-growing sports, is released on digital download from 31st October and on DVD from 14th November.

Following Gary Anderson and Michael van Gerwen’s respective bids to win the PDC World Championship 2016, the film examines how darts has fast-tracked to the top tier of UK sport with sell-out crowds and multi-millionaire, internationally famous players and a format that has changed little since the 19th century.

From the creators of Manchester United documentary The Class of ’92, HOUSE OF FLYING ARROWS investigates what it takes to be a world-class darts player and why millions of spectators from around the world cram into arenas to watch a sport visible only to the naked eye from 10 feet away.

Daniel Harris and Daniel Mendelle’s compelling documentary examines the phenomenon that sees darts played out before sell-out crowds around the country and on dedicated television channels, featuring interviews with key figures from the sport past and present including Eric “The Crafty Cockney” Bristow OBE, Phil “The Power” Taylor, Bobby “King of Bling” George, Gary “The Flying Scotsman” Anderson, Michael “Mighty Mike” van Gerwen, Adrian “Jackpot” Lewis and Barry Hearn. Joining them are some of the sports biggest fans including Ronnie O’Sullivan, Alistair Stewart and Will Greenwood, offering their take on what draws them to the oche.

From the division that almost killed the sport to the psychological qualities that all the true greats share, the historic showdowns from Bristow versus George to Taylor versus van Gerwen; HOUSE OF FLYING ARROWS is the must-see film for darts aficionados, sports fans or even those with no prior knowledge alike.