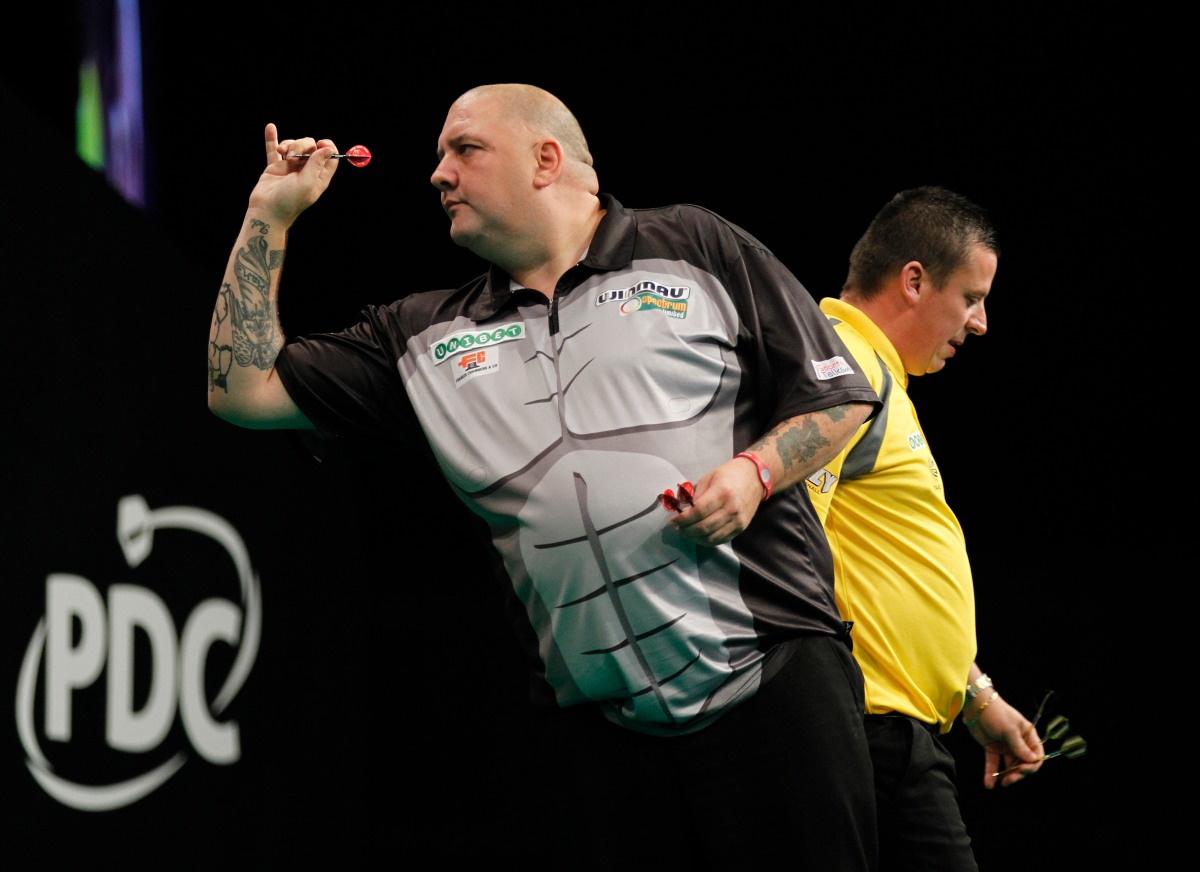 Robbie Green provisionally moved into the last qualifying spot for the Unibet European Championship following a 6-2 win against Christian Kist this afternoon.

Kong posted the highest average of the weekend at the HappyBet German Darts Championship so far with 99.40, firing in a 125 checkout on his way to a comfortable victory over the former Lakeside champion in the first round.

The 42-year-old’s win pushed him above Steve West and into 32nd place in the provisional Order of Merit for the European Championship, with only the top 32 at the end of this weekend gaining qualification for the ITV4-televised event in two weeks time.

And for Green, who faces world number one Michael van Gerwen in the second round tomorrow, the aim for him this weekend is simply to make sure he finishes in the top 32.

“To be honest I really don’t care about the averages, it’s about winning the game,” Green said.

“I’m trying to push myself to qualify into the finals in Hasselt so it’s about winning. I needed that W, I needed that win and that’s what I got.

“Michael’s the best player in the world at the minute without a shadow of a doubt. He’s a machine but he’s not unbeatable as Phil Taylor proved a few weeks ago.

Brendan Dolan saw his hopes of qualifying for the European Championship extinguished after losing 6-3 to Dave Pallett.

Vincent van der Voort can also no longer qualify after spurning five match darts in the final leg as he lost out 6-5 to Peter Hudson.

Eddie Dootson sealed his first victory on the European Tour with a 6-3 win against Germany’s Mike Holz.