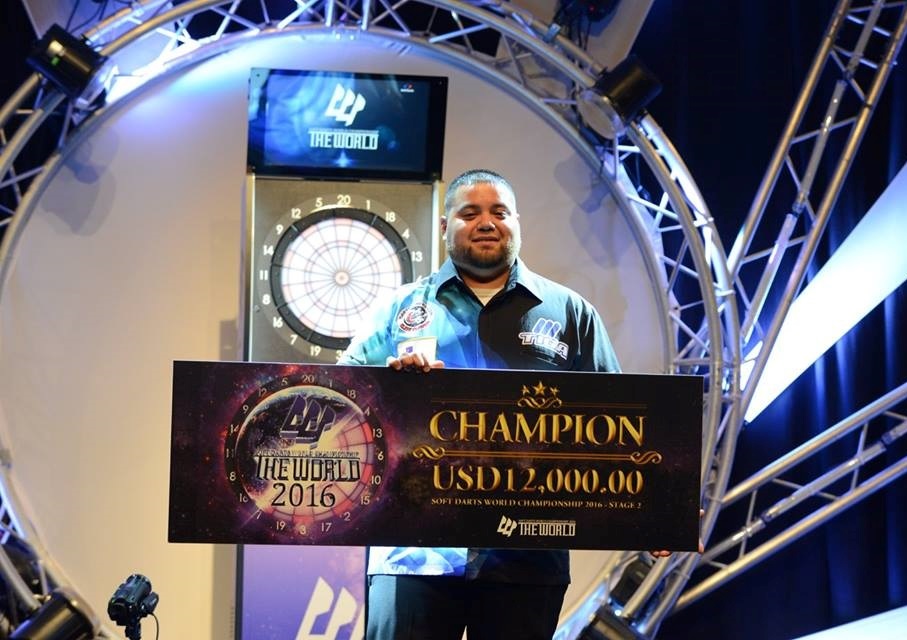 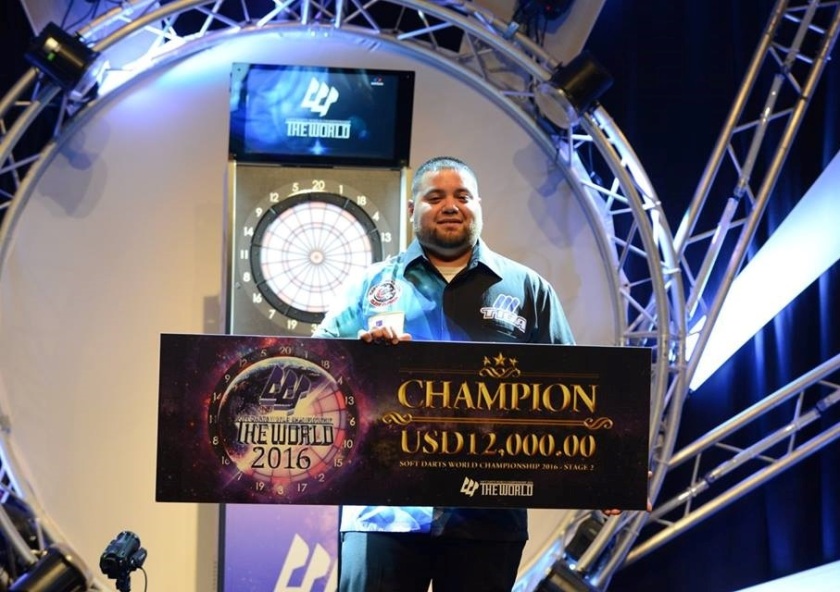 Alex Reyes underlined his status as one of the main contenders to win this year’s Soft Darts World Championship after winning stage two in France at the weekend.

The American beat reigning champion and ranking leader Boris Krcmar 3-2 in the semi-finals, before edging past fellow countryman Leonard Gates 3-1 in the final in Paris on Sunday.

Gates, who had earlier beaten home favourite Cyril Blot 3-1 to advance to the final, finished off 63 to take the opening leg of 701 against Reyes.

“Wow! Where to even begin? I truly don’t know,” Reyes said after winning his first stage in the Soft Darts World Championship.

“I’ve always asked myself ‘how would you react if you ever won a world stage tournament?’ Well my hard work, time and dedication made that question become a reality and honestly I still don’t know how to react to it.

“I’m still in total shock and can’t believe it! This is a dream come true with that being said I would like to thank my sponsors because without them this dream would never have come true.”

After two stages Krcmar still leads the rankings on 71 points, while Gates (64) and Reyes (59) have moved into the top three.