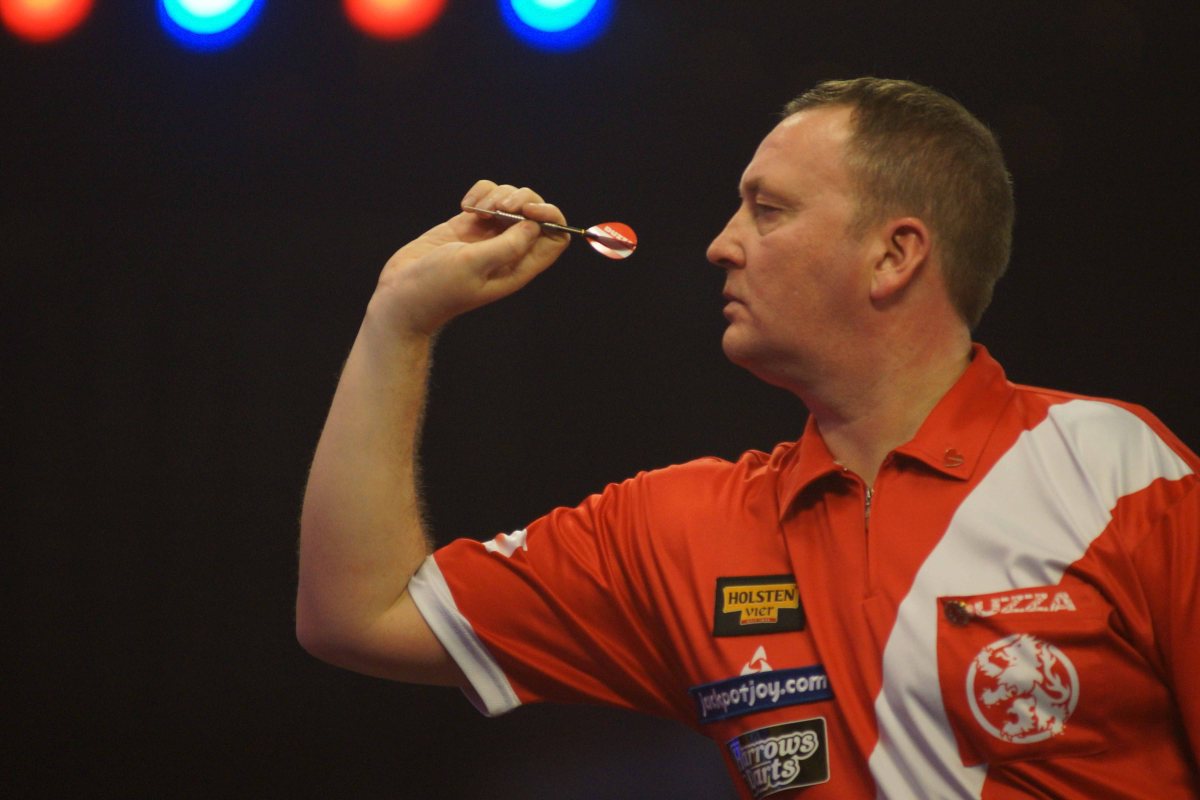 Glen Durrant and Scott Mitchell both made it through to the semi-finals of the England Open earlier today.

Last year’s beaten finalist Durrant rarely looked in trouble as he came through a field of more than 500 players to reach the last four of the category A competition.

After beating 32nd seed Rhys Hayden in the last 32, the BDO number one got the better of Andy Brown (5-3) and Garry Thompson (5-1) to advance to the semi-finals tomorrow.

Mitchell, a runner-up in the England Open in 2014, beat George Cressey 5-3 in the last 16 before seeing off 27th seed Wouter Vaes 5-2 in the quarter-finals.

Durrant will play Wayne Warren in the semi-finals tomorrow, after the Welshman thrashed defending champion Wesley Harms 5-1 in the last eight.

In the other semi-final, Mitchell faces off against Conan Whitehead, who is enjoying his best run in a BDO tournament after wins over Madars Razma, Dan Bradford and Sam Fuller helped him get through to the final day.

The England National Championship will also reach its conclusion tomorrow, with defending champion Dennis Harbour aiming to become only the second player to retain the title.

Anastasia Dobromyslova’s bid for a third England Open ladies crown will resume tomorrow when the Russian faces Deta Hedman in the semi-finals.

Aileen de Graaf takes on Lakeside champion Trina Gulliver in the other semi-final.

Fallon Sherrock’s defence of her England National Championship ladies title continues with a semi-final clash against Hedman tomorrow, while in the other semi-final Lorraine Winstanley takes on Lisa Ashton.