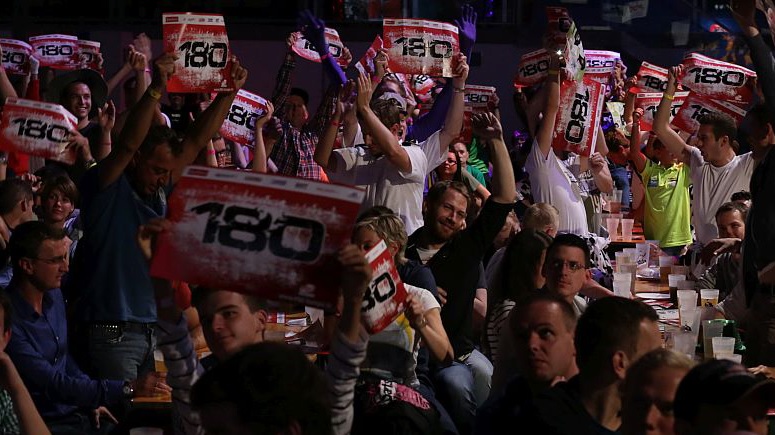 Some players never watch their games back on TV, but that is exactly what I did this week.

Last Friday I made my first appearance on the European Tour this year and lost 6-4 to René Eidams in the first round.

I was 4-0 down to René and I just gave myself too much to do. I fought back well and ended up with an 81 average, but I tried not to dwell on the negatives.

I already know what I did wrong but it’s also good to watch the game back, which I was able to do with the European Tour being streamed on the internet.

I didn’t realise until I watched it back how negative I actually looked while I was on the stage.

When I was up there you don’t see it. You just think you’re only negative in your head, but when I watched it back I could see I showed negativity and René was able to jump on that.

It hurts to lose but the one thing it has done is made me want to knuckle back down again.

I’ve had a couple of months now where I think I was being lazy, using my bad back and shoulder as an excuse for why I’m not playing well at the moment.

It’s time for me to go back to basics and start again. I’ve stopped going to the chiropractor now because it was messing my head up too much. Last week was the kick up the backside I needed to knuckle down.

In the past it has been on the stage where I’ve played some of my best darts.

For me I forget about the nerves when I play on stage because I’ve already done something to get there. Either by coming through a qualifier or being there by right because of your ranking.

I don’t play county anymore so it had been a while since I last played on stage. Every now and then I’ll get up there at a local tournament when you get to the latter stages.

One thing I’ve realised this year is how important preparation is. I always knew when you’re playing at this level you’ve got to get things right in order to compete.

Ages ago I used to think if I practised a week before I played in a tournament I would be fine.

But now you really need to be preparing for it a month in advance, which is what I will be trying to start doing.

I’m in quite a weird situation going into this weekend and the latest European Tour qualifiers and Players Championship events.

I’m going with no expectations but I’m ready to go again.