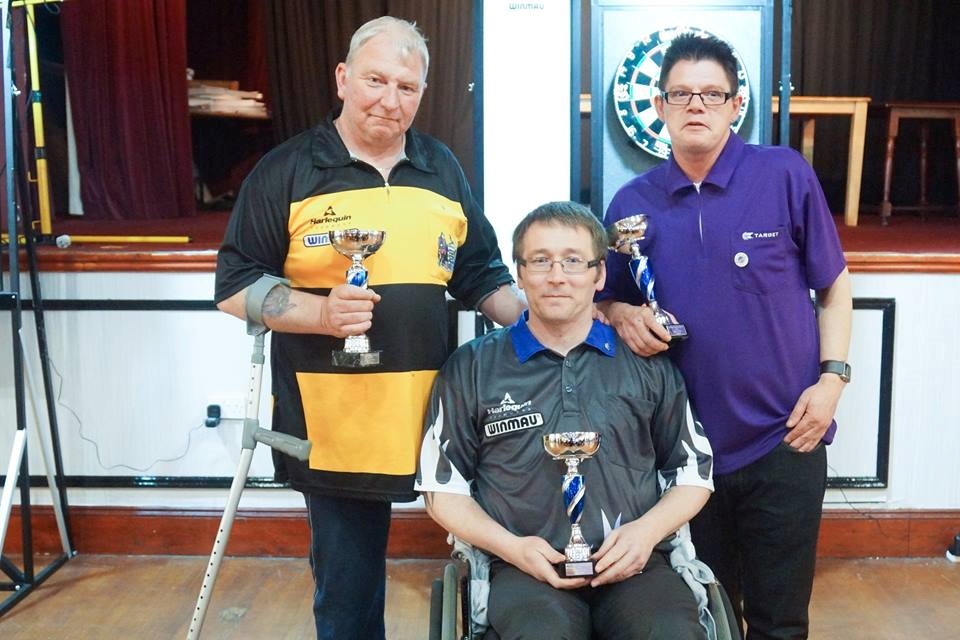 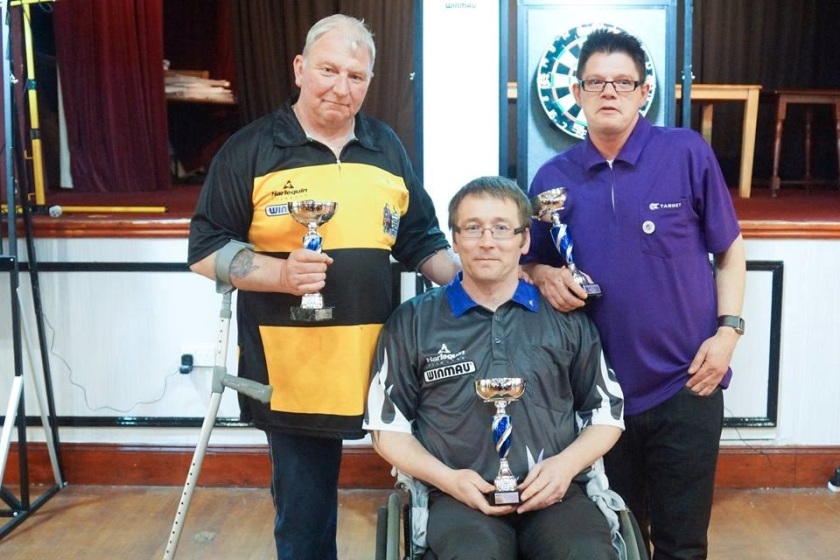 Mark Couchman was in fine form in the WDDA Winmau Classic at the weekend, as he took home the Wheelchair Classified trophy and lost just one game along the way.

The event acted as part of the ‘Road to the Winmau Tour’ which is run by the BDDA, and offers ranking points for players looking to qualify for the Winmau World Masters later this year.

The quarter-finals got underway with Michelle Gabica seeing off Lee Murray 3-2, before Darren Agar whitewashed preliminary round winner Wingate 3-0.

Kevin Stringer also booked his place in the semi-finals with a 3-0 win over Nick Yates, while Couchman continued the trend with a whitewash success against Judith Stone.

In the semi-finals, Agar squeezed past Gabica 3-2 and Couchman defeated Stringer 3-0, with Couchman then beating Agar 3-1 in the final to clinch the trophy.

Elsewhere on the day, Ricky Chilton beat Darren Mawer to win the Open competition, with Matt Doe and Mike Cook both enjoying good runs to the semi-finals.

Si Thyer was victorious in the Standing Classification event after beating Open winner Chilton in the final, while Graham Mitchell and Paul Hampton both reached the last four.